Looks like the previously mentioned Soneya Cuddle Cafes will be short lived :X

The Metropolitan Police Department (MPD) on Jan. 27 raided 17 "reflexology" parlors -- in which high school girls give a massage or other types of services to customers -- in Tokyo over suspected violations of the Labor Standards Act.

The parlors called "JK (Joshi Kokosei, or high school girl) Rifure (reflexology)," which feature high school girls giving a foot massage and other types of services to customers, have become increasingly popular in Tokyo, especially in Akihabara. But the types of services provided by such shops have been regarded as morally dubious because they employ high school girls. It is the first time in Japan that police have launched investigations into "JK Rifure" parlors. After questioning managers of the shops, Tokyo police plan to build a case against those involved over suspected violations of the Labor Standards Act.

Police raided eight "JK Rifure" parlors in Akihabara, four in Ikebukuro, three in Shinjuku, and one each in Shibuya and Kichijoji. Police took into custody about 100 people from the parlors, about 70 percent of whom were under 18.

AKB48 member Kashiwagi Yuki will be the cover model for the upcoming issue of beauty and fashion magazine “anan“. She is the 5th AKB member to cover the magazine after Maeda Atsuko, Oshima Yuko, Kojima Haruna, and Itano Tomomi.

She will be wearing lingerie and have the concept of “graduate from ‘cute’ and shift to ’sexy’”. The upcoming issue will feature a story on “high-quality sexiness” from various aspects, including how to make the ideal body or the training methods to obtain a sexy voice. It will also include a 7-page long gravia which features Kashiwagi’s glossy skin and sexy face expression.

Kashiwagi commeted, “In order for me to be a woman who is admired by other women, I’ll learn by reading ‘an an’.”

The next issue of “an an” will be released on January 30th.

Prepare for a major nosebleed. 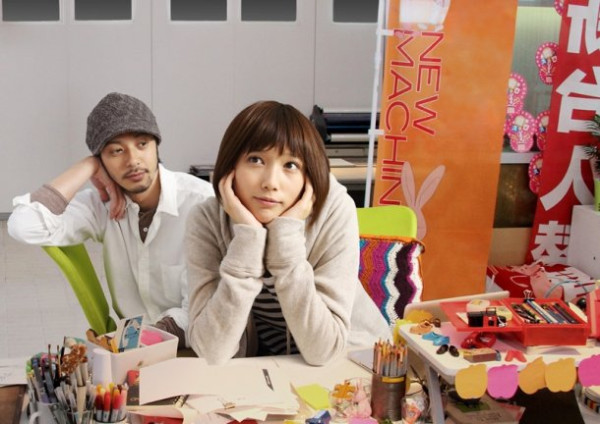 It was announced that Nemu Youko’s popular manga “Gozen 3-ji no
muhouchitai ” would be getting a live-action tv drama adaptation
starring Odagiri Joe. Drama series will be broadcasted via BeeTV –
Docomo’s mobile tv service since March 20.

Model and actress Honda Tsubasa will make her drama debut in the lead
role of Gozen 3-ji no muhouchitai . The manga tells story of a rookie
designer named Momoko who is working at an ultra fast-paced office that
specializes in designing pachinko parlors. With the office running a
yazuka-like business and employing a designer, who has a habit of
suddenly stripping in the middle of the night, Momoko believes that the
company employees are a bit... no, definitely eccentric!! She continues
pulling all-nighters, unable even to return home... And in the midst of
cigarette-filled fumes, where women's authority takes a step back, she
asks herself, "Why am I here?"

Odagiri Joe will portray Tagayashi, the salary man who is working for a
trading company which located in the same building as Momoko’s office.
Yamashita Nobuhiro ( Kueaki Ressha, Tennen Kokekkō …) will be the one to
direct a live-action tv drama adaptation of the Gozen 3-ji no
muhouchitai manga.

V6's official avex website updated with the covers for their 12th album, Oh! My! Goodness!, today. Also updated is the album's tracklist, not only rearranging the original order but they've added a new intro and ending track: 'omg!' and 'orz...', bringing the album's total number of tracks to fifteen. 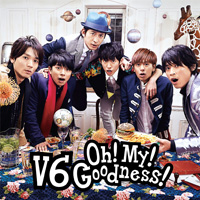 
First press of the regular edition comes with a photobook! 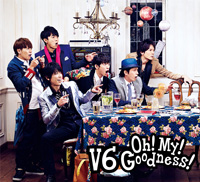 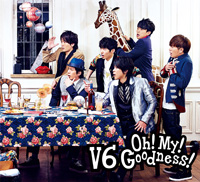 their cover game is always on point and this time is no different! excited to see the photobook too!

but i always forget that only dreaming should be on this album...a lot has changed since then lol.
Collapse