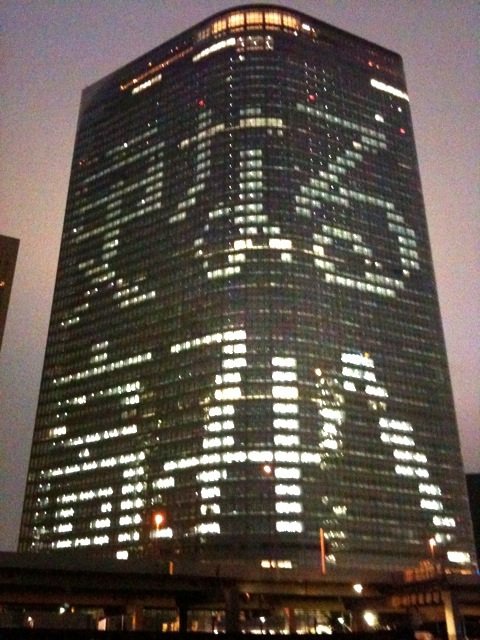 After its debut in Singapore, Hello! Japan will be distributed to 10 other countries and territories in the Asia Pacific region: Indonesia, the Philippines, Hong Kong, Malaysia, Thailand, Australia, Vietnam, India, Korea and Taiwan.

Emerging markets in the ASEAN region are showing remarkable economic growth, and countries outside the region that are aiming to enter this marketplace are focusing on ways to increase their presence in the region in order to boost the brand image of their corporations as well as the number of travelers coming into their countries. The export of broadcast content is regarded as a strategic move to promote awareness and understanding of a culture which can increase the degree of positive feelings toward that country. In the midst of intensifying competition, Japan must continue to provide high-quality, versatile content to the global marketplace.

The Japanese content currently being broadcast around the world is either content purchased individually by overseas broadcasting stations or the NHK World TV (English) and NHK World Premium (Japanese) programs. There are, however, no channels broadcasting over a wide area that have a Japanese company or companies at their core. Against such a backdrop, Dentsu and the JFCTV investors launched this project to both increase the market for Japanese content and enhance the presence of Japan in other countries. This is the first time that several media content companies in Japan have collaborated to integrate and edit content for distribution overseas.

Moreover, the establishment of a comprehensive entertainment TV channel by a Japanese company to deliver variety and music programs to audiences overseas is expected to provide logistical support for Japanese companies as they accelerate their globalization. Television commercials and events that are linked to program content, for example, can be used to increase the synergistic effects of advertising communications.

NMB48's comedy show "Geinin!" will be coming to the big screen, being adopted into a full length movie.

"Geinin!" was a Nippon TV series that aired from July 7th to September 25th in 2012. The show's premise was that various NMB48 members that featured in it were members of a comedy club in an all-girls private school. The girls were training to compete to win the school's comedy championship.

The movie version will have the same setting and concept, but the actual story will be original. The movie will star Yamamoto Sayaka, Watanabe Miyuki, Yokoyama Yui, Yamada Nana, Ogasawara Mayu and Kotani Riho. All of the remaining NMB48 members are set to make guest appearances as well, most of whom will play girls from rival schools. This is the first time for a sister group of AKB48 to have all their members appear in a single movie.

Yokoyama Yui, member of both AKB48 and NMB48 commented, "This is NMB48's 1st movie, and my first movie as well, so I'm very happy. I wasn't a member of NMB48 when the original TV show aired, but Idid watch the program,"

Filming for the movie has already begun, and the movie is set to premiere at the 5th Okinawa International Movie Festival and compete in the Laugh Category. 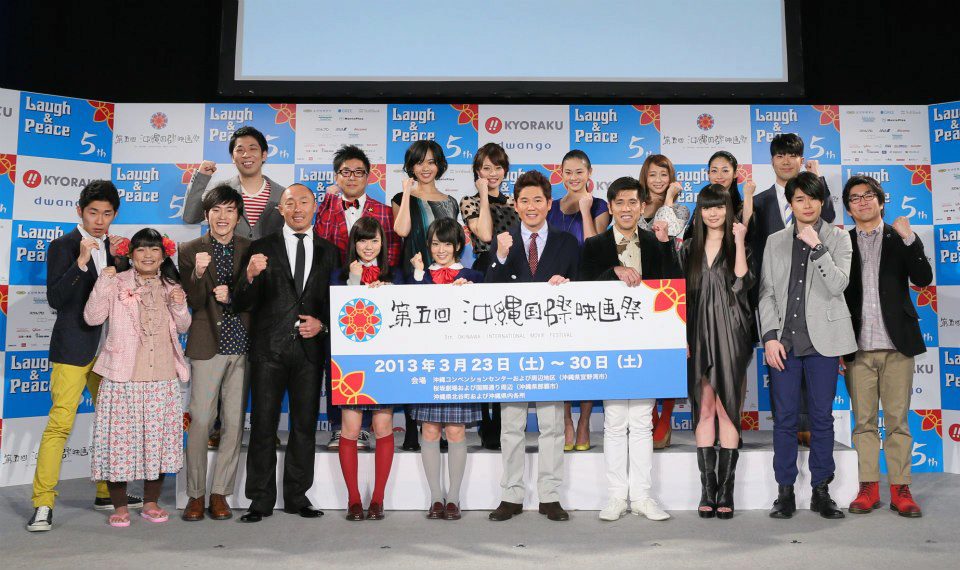 Recently, Yoshimoto Kogyo announced the programs of the 5th Okinawa International Movie Festival (OIMF) through a press conference held at its Tokyo office. The festival will be held from Saturday March, 23 to Saturday March, 30 at Okinawa Convention Center as the main venue.

Joel Schumacher, director of “Batman Forever (1995)” and “The Phantom of the Opera (2004),” will be the president of jury for the movie festival. Other juries for the Laugh/Peace Category are actress Kaori Momoi, artist Demon Kakka and Canadian director Claude Gagnon.

Synopsis:
Ever wondered how it would be to live in Japan?

In this documentary a variety of foreigners tell about their experiences, likes and dislikes. It's not a complete picture of Japan of course. You will see the country through the eyes of a few, mostly western, foreign residents, who have stayed in Japan between a few months and several decades.

The intention was not to try to give an objective all encompassing picture of Japan, but to let you experience it through personal opinions and experiences of different people. The interviewees had the chance to speak freely, within loose frames, about the topics of their choice.

Some of the things that come out of these people's mouth 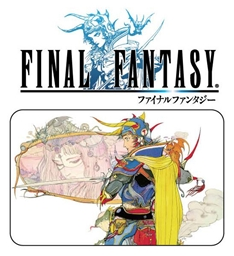 
Sony Computer Entertainment Hong Kong will release this bundle on February 26 for HK$1,188 ($153). The Final Fantasy Digital Collection package will be a limited edition item with only 2,000 units available for purchase. 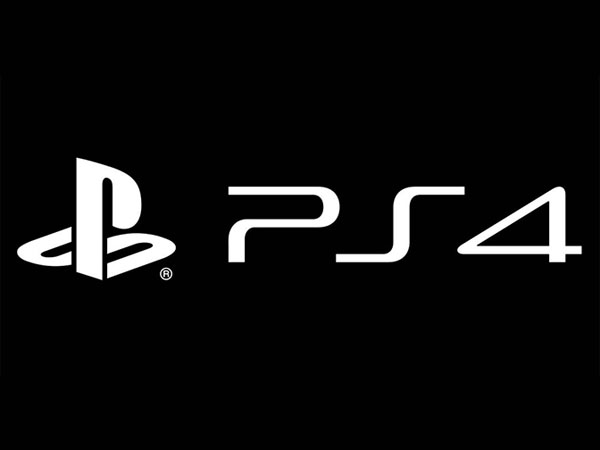 President of Sony Computer Entertainment Japan Hiroshi Kawano stated in an interview with 4Gamer that the reason the company's PlayStation 4 console was not unveiled at the press conference on Thursday is because the system's design still is not finalized.

"If I'm being honest, I also haven't seen its final design." Kawano said, "Even the controller we showed today [Thursday], I saw the final design around yesterday [Wednesday] or so."

In a separate interview with Famitsu.com, Sony Worldwide Studios president Shuhei Yoshida stated that the system's specifications are finalized, but that he could not talk about its region-compatibility. Its predecessor, the PlayStation 3, was region-free. Yoshida also confirmed that the system will support 4K video and photos, but not games.

"The PS4 supports 4K output, but only for photos and videos — not games," Yoshida said. "PS4 games do not work on 4K."

Yoshida also said that Sony was following current technology trends, and that includes moving away from 3D capabilities.

"3D was a big thing a couple of years ago — we made it a big thing because it was lead by the consumer electronics side of Sony and we liked what we could do on PS3 using 3D stereoscopic," Yoshida said. "But now the consumer electronics side of Sony, or all of the companies have shifted focus from 3D TV to something else, so if they're not talking about it, why would we?"

The covers of Mthree's debut single "Yumemiru Dancing Doll" are out. Mthree is a sub-unit consisting of Fairies' 3 junior high girls.

Yamapi has been in a totally different genre ever since he transferred to Warner, w/c isn't really very mainstream pop. I miss the club & dance tracks though, so I really like Beating 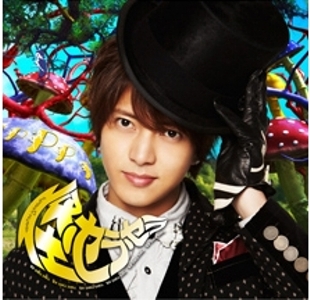 Yamashita Tomohisa’s new song, “Ke・Sera・Sera"/"Que Sera Sera", has been chosen as the theme song for the late-night drama, ‘Shinryochuu -in the Room‘. ‘Shinryochuu -in the Room-’ is a school drama starring SMAP’s Inagaki Goro, airing on NTV from January 12th.
The theme song was produced by passepied, Ogoda Natsuki (Vo) was in charge of the lyrics, and Narita Haneda (Key) was in charge of the melody. The single will be release 13 March 2013 with 4 different versions (Limited A, Limited B, Limited C and Reguler). 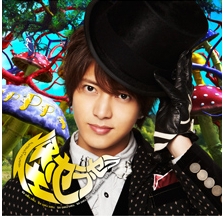 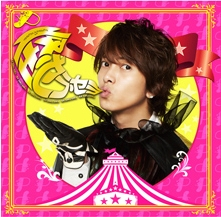 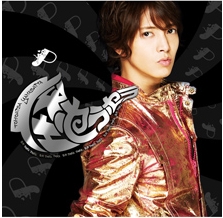 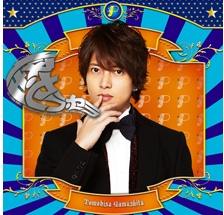