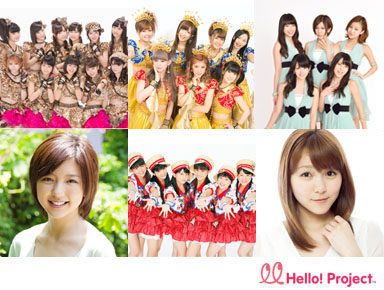 Just recently at a "Satoyama movement" event new units involving H!P members were announced. These units will be under the "Satoumi movement", a project to help bring environmental awareness to the Ocean.

i just hope this doesn't stop DIY from getting a proper single!

Last year, Horikita Maki (24) was a big success in the NHK morning TV hit drama "Ume-chan sensei" and served as the MC for Kohaku Uta Gassen.  She's now appearing in a CM for Suzuki which is scheduled to air on Feb 28th .  When she held a press conference to present the CM on the 26th.  She said she would like to ride in the passenger seat of  a car driving through beautiful scenery on a date.  But when she's in a car, most of the time, her manager is with her.  Then the reporters asked her if she has ever been on a drive date with a boyfriend.  Maki replied "Well.....".   And that's that which makes people starting to wonder about her love life.

Maki had been rumored with Sakurai Sho, Kamenashi Kazuya, Shun Oguri, Oriental Radio Fujimori Shingo, and Ito Atsushi.   Only  the rumor with Sho is most believable since there were sightings of her and Sho drinking, happy and getting along well at gay bars in Shinjuku ni-chome.  But because there is no conclusive evidence,  she is stuck with the "virgin" theory.  That she is as pure and virginal as her image.  However, in the entertainment industry, it's impossible for someone to remain a virgin at the age of 24.  A weekly magazine reporter has heard of industry staff who was associated with her and talked of her in bed.

Now it seems Maki has found herself a boyfriend, driving around on movie locations just like she wanted.  Even though it is her co-star Nishikido Ryo (28) in the movie "Kencho Omotenashi-ka".  They seem to get along really well.  Speaking of Ryo, he is also co-starring with Kitagawa Keiko (26) in another movie “Dakishimetai“ to be released next year.  There are also rumors on this movie set that Ryo and Keiko are like two intimate love birds who fall in love for the first time.   However,  Maki's agency, Sweet Power, is probably not going to let her get involved with Ryo since Ryo's BFF is Jin who is married to Maki's BFF, Meisa in a shotgun marriage last year.  They definitely don't want another shotgun marriage between Johnny and Sweet Power to happen again so soon.  As for Keiko, she is Ryo's other BFF Yamapi's ex-girlfriend, so they already knew each other from before.  Don't know how Yamapi would feel if she's hooking up with Ryo.

It is said that a "sex ban" was issued from Sweet Power so that Maki may not repeat what Meisa did, and the staff of five people is also supervising her.  Maybe they have good reason to worry.  Tabloids had printed reports of an old boyfriend claiming that she was "wild in bed".  And there was also rumor of Maki  had sexual relationship with a staff of the industry several years ago.

Source: geino2news translated by me

AKB48 3rd generation member Nakaya Sayaka announced her graduation today at the AKB theatre. The 21-year-old will graduate on the 6th of March.
She updated her blog:

I already had the privilege of announcing this at today 3/2's theater show, but I, Nakaya Sayaka, will graduate from AKB48 at the Theater show on 3/6.
For announcing it so abruptly, I'm really sorry.
I've thought about graduation ever since I ranked in the general election...no, even before then.
But being able to work with other members is really fun. Being able to see everyone's smiling faces made me happy.
Honestly I've been really spoiled by the environment.
However, finally an event came across that made up my resolution. A voice audition for an anime I love. It will soon begin.
There truly isn't a guarantee of passing the audition.
But, I really want to do it so. I will throw away this environment I've been blessed with up until now.
Furthermore, not just AKB but I'm also leaving the agency I'm attached to, Mousa.
I made the decision because the voice audition has a rule that says you can not be attached to an production.
Really this is a start from zero.
But because of the the things that have come along up until now, I think I'll be able to persevere
From now on as well, please support Nakaya Sayaka. 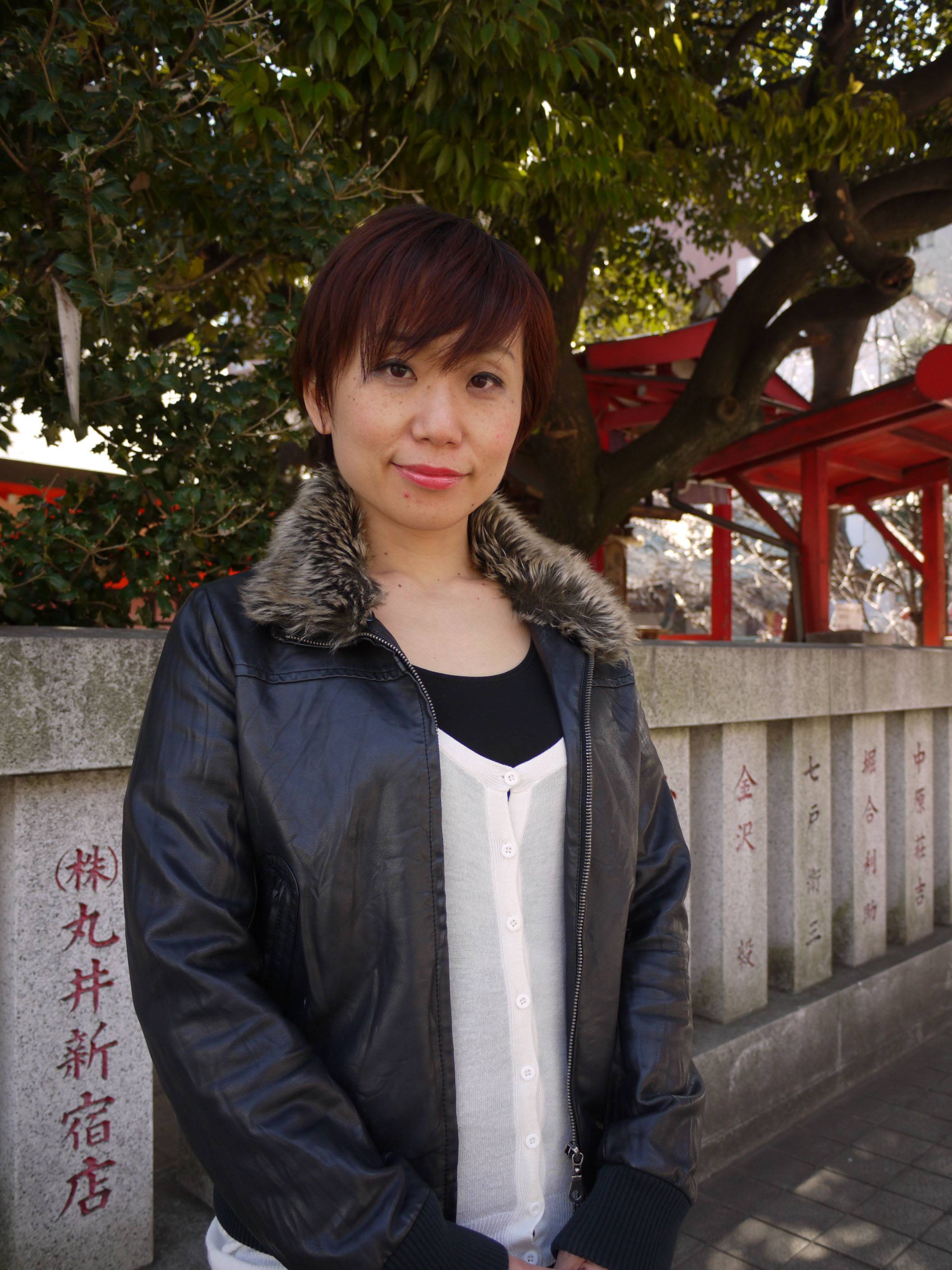 Yu Negoro, 40, is a documentary filmmaker who has delved deep into the issues of gender and sexuality in Japanese society. Her first project was a series of three short films dealing with women suffering from eating disorders, a condition Neguro suffered in her 20s. Attributing her problems partly to conflicts with her mother, Neguro says she is now convinced that anorexia and bulimia are often the only outlets for women tormented by pressures to conform to gender stereotypes. She is now working on a film about men accused of domestic abuse, examining what social factors have driven them into turning violent toward women.

Popular model Kurihara Rui will be making his acting debut.

His first appearance as an actor will be in upcoming horror movie “Zekkyou Gakkyuu” starring Kawaguchi Haruna.

“Zekkyou Gakkyuu” is based on an ongoing horror comic on “Ribbon” (Shueisha) written by Ishikawa Emi. The live-action adaptation will mainly consist of the stories “Yomi no Shinjitsu” (from the 3rd volume) and “Ningen Rank” (from the 8th volume), and it will depict the evilness that lies concealed in people’s minds.

Kurihara’s role will be that of the movie’s original character, “Sato Akira”, one of the people who bully the protagonist.

“I was full of anxiousness, since I have almost no experience in acting,” Kurihara said, and continued, “My heart was beating fast in a lot of ways when I read the script. I’m sure it will be the work that is highly praised by the fans of the original manga.” 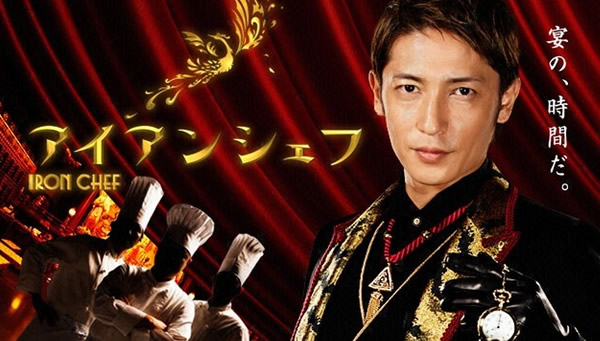 "Iron Chef", the long-running popular cooking battle programme which was renewed just last October, will be ending its run in March. During the April programming changes press conference held on 1 March, FujiTV admitted that despite the fact that they were happy with the quality of the programme, they couldn't deny that the programme was suffering from poor ratings so they had no choice but to axe the programme. However, the programme may return as a SP in future so it doesn't mean that viewers will not get to see it again.


The four stars of Saikou no Rikon (Eita, Ono Machiko, Maki Yoko, Ayano Go) makes a cameo in the PV

illion! It would be great if he can match at least half of RADWIMPS' sales. :)