( You are about to view content that may only be appropriate for adults. ) 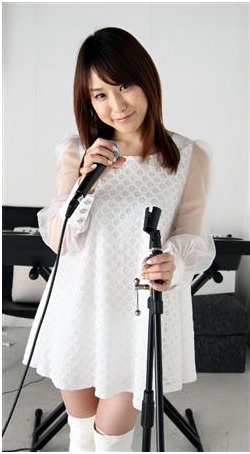 On March 28, it was announced that female indie singer Chie, who works full-time as an employee of a major corporation, will make her major debut this summer.

Her indie debut song “Soredemo…” grabbed 3rd place on the iTunes chart when it went on sale last March.  Although she is a petite at just 1.54 meters, she has sharp dance skills, which she has honed since her elementary school days, and she has been performing mainly at live music clubs.  She has also appeared on fashion magazines as an amateur model.

She auditioned more than ten times while she was studying at university, but gave up her dream after failed all the auditions.  However, after she got a job at the end of 2010, she auditioned for YANAGIMAN (52), who has produced songs for the artists like Kato Miliyah and Ketsumeishi, and was able to embark on a different path.

She continues to perform live twice a week while working a full-time job.  She commented powerfully on her upcoming major debut with, “Finally I stand at the starting line.  I want to tell everyone that no matter what your situation, your dreams can still come true.”

She will continue working at the same company even after her major debut, but she will not reveal her company or her personal information. She said, “My dream is to become a top artist that 10/10 people will recognize.”