Actually, it's just the 3 oldest members of the group, Nakajima Kento (19), Kikuchi Fuma (18) and Sato Shori (16) for this kickass song

can i just freak out, coz OMG THIS SOUNDS KAT-TUN O M G!!! 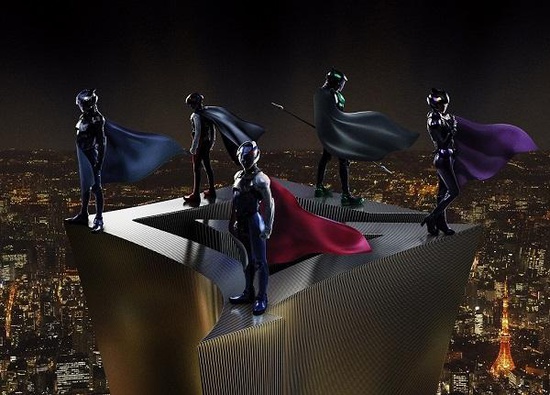 Production company Nikkatsu revealed a visual on Wednesday for the new live-action movie version of the classic Tatsunoko Productions science-fiction hero anime Science Ninja Team Gatchaman. The visual shows the five main characters in their signature G-suits. According to Nikkatsu, the new suits give the movie a more realistic, "edgier" feel compared with the anime.

Regarding his impression of the suits, actor Tori Matsuzaka (.hack//The Movie , live-action Kyō, Koi o Hajimemasu, Samurai Sentai Shinkenger, Kamen Rider Decade ) commented that "the suits were form-fitting for the five of us to move easily for intense action, and allowed us to fly about the shoot freely." The suits alone cost the production a total of 20 million yen. (about US$200,000).

The five serve as agents of the International Science Organization in Tokyo in the near future. Galactor, a mysterious group whose technology far surpasses that of humans, has declared war on the entire world and has already subjugated half of it. A mysterious crystal-like object called a "stone," is humanity's only hope. Those who are able to draw out the power of the "stones" are forced to train to become special agents in a five-person team called "Gatchaman."

The film will open in theaters in Japan on August 24. 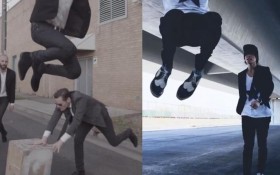 Some say imitation is the sincerest form of flattery. But Australian band Clubfeet is definitely not flattered that Japanese indie rock act Champagne allegedly copied their music video for one of their singles. They called out the band on Twitter, posting “Japanese rip-off of our Everything You Wanted video”. The video in question is for Champagne’s latest single, Forever Young.

Clubfeet also posted on its official Facebook page, saying “flattered, but a little envious of their [Champagne's] hairdos.”. Of course sarcasm is somehow lost in social networks, so the message might have come off as a cute joke. But Darcy Prendergast, an employee of the production house who made Clubfeet’s video was definitely not joking. She posted on Champagne’s YouTube page, calling on people to dislike the “horrible pop song” and saying its the “uncreative vampires” who make it difficult for those who are striving to create innovative work.

Even Japanese media have picked up on the similarities of the two videos, from the visual style to the choreography to the lead vocalist walking into future versions of himself. In response, Champagne’s record company, RX-Records have pulled out the video from their YouTube page and issued an apology for the “perceived rip”. They said the band had no intention of plagiarizing and that the ball is in the court of UK Project Inc., the ones who did the production itself. “Again, we sincerely apologize to all fans supporting Clubfeet and [Champagne] for any worries and anxieties this matter may have caused,” the press release concludes. 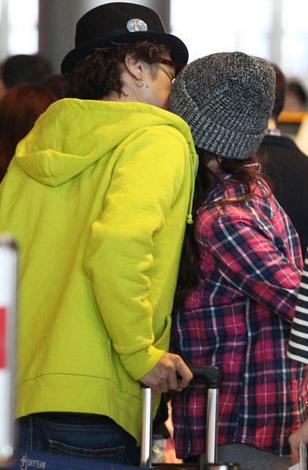 Kubozuka Yosuke was caught kissing his new girlfriend PINKY at the check-in counter on 8 April as they were preparing to board a flight to Las Vegas from Narita Airport. PINKY, who is a dancer, revealed on her blog entry dated 7 April that she was heading to Las Vegas for a business trip to see a fashion exhibition.

The couple were first romantically linked after Kubozuka announced his divorce in June last year and have been said to be close to getting married. However, Kubozuka denied having said that they are making marriage plans and even asked the reporters who saw them at the airport to use nicer photos of him and PINKY before he boarded the plane. 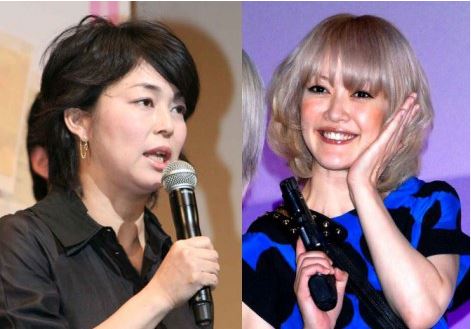 On April 11, comedian Matsushima Nahomi announced the dissolution of comedian duo Othello through their official blog. She shared that she met and talked with her partner Nakajima Tomoko for the first time in 2 years, and reported, “Today, we will dissolve!!”

Matsushima revealed, “We met a little after 1 and talked about many things. Things that we had on our minds, things that happened while I took my rest… we talked quite a lot!” She added, “And this is what we concluded. Today, we will dissolve!!”

She also uploaded a two-shot and expressed her gratitude for their fans saying, “We will both do our best from now on! To everyone we troubled and to everyone that have supported us… Thank you!!“

Nakajima’s contract with her agency Shochiku Entertainment was cut after appearing on TV on April 6 without permission.

They really need to get Nakajima some help. Between her and Amanda, it's really sad.
Collapse