Kuroki Meisa will be appearing in her first private network drama since she gave birth to her first daughter in September last year. She will play a thief in the TBS spring 2013 drama "TAKE FIVE ~ Oretachi wa Ai wo Nusumeruka ~" where she will take up the challenge of hardcore action scenes while dressed in black leather suits. Kuroki commented jokingly that if she had to be a thief while dressed in such suits, it should be quite attention-grabbing but given that the setting of her character is someone who returns to Japan from the United States, she can understand why she had to be dressed in such a manner.


Kuroki's character is the leader of a rival theft group who competes against Karasawa Toshiaki's group and she will appear from the 5th episode onwards (17 May). As for why Kuroki was chosen for the role, the producer Iyoda Hidenori said that he had last worked with Kuroki in 2010's "Shinzanmono" and they had talked then about how he would put her in a role which require action scenes.


Mamoru Miyano (Chihayafuru, Death Note, High School Host Club) stars in the Sci-Fi romance anime film 'Hal'. The film revolves around Kurumi (Yōko Hikasa) who loses Haru (Yoshimasa Hosoya), the boy she loves, in a plane accident. To help her move on, 'robot Hal' acts as a replacement for Haru.

Ryoutarou Makihara, who has been involved with animes such as Guilty Crown and The Tatami Galaxy, will be debuting as a director with this film at Wit Studio.

The film will be released on June 8.

In a very recent interview done for a newspaper, Meisa Kuroki - Jin Akanishi's wife - talked a bit about their daughter, saying the baby smiles a lot and is really cute.  And Meisa can't say yet, between her and Jin, who she looks like the most.


She also gave us some insight into Jin's fatherhood, by telling us he's very helpful - bathing the baby - and looking after her well-being. 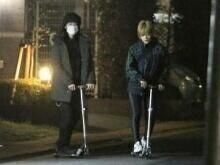 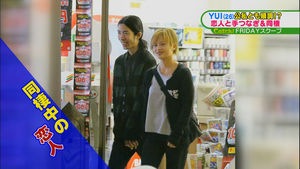 yui who will make her debut as the vocalist of a 4-member band FLOWER FLOWER in May, was caught holding hands while on a date with Hatano Hirofumi, the vocalist-cum-guitarist of 3-member band People In The Box, as reported in the 12 April issue of FRIDAY. The magazine reported that the couple had only been dating for a month and met during live performances after yui suspended her singing activities and started performing at live houses using her new name. As yui had broken up with her ex-boyfriend in the middle of last month, she started to get closer to Hatano who also comes from Fukuoka and the two then became an item. According to FRIDAY, the couple have been going to each other's apartments and were seen holding hands while walking together in public. 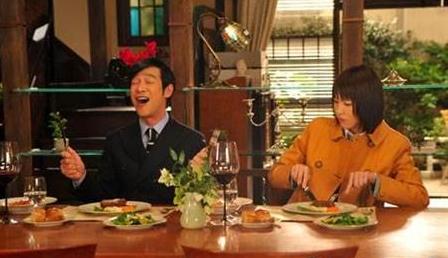 "Legal High" starring  Sakai Masato and Aragaki Yui which just showed its latest SP on 13 April via FujiTV, will be back as a full-length drama in the autumn 2013 season from October onward. "Legal High" had won various accolades such as the 50th Galaxy Award and the Tokyo Drama Award's excellence award and best leading actor award. The new drama's script will be written by Kosawa Ryota who is well-known for his works such as "ALWAYS 3-chome no Yuuhi" and "Gonzou". There will be different guests in each episode just like the first series as confirmed by the producer. 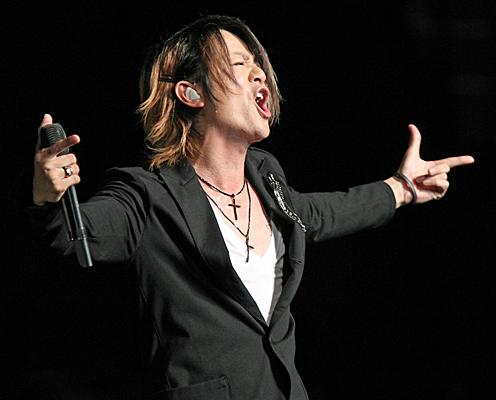 GLAY who are supposed to hold a concert in Seoul, South Korea, on 1 June, announced through their official website on 12 April that the concert will be cancelled. As for the reason, there were no details given except that the decision was made after extensive discussion and adjustments still could not resolve the problems. GLAY apologised to fans who had been eagerly anticipating the concert and asked for their understanding.

The Seoul performance was supposed to be part of GLAY's first Asian tour which included 4 performances in 4 cities i.e. Hong Kong on 25 May, Bangkok on 15 June, Taipei on 6 July and Seoul.

The first trailer for Crows Explode, the third live-action film adaptation of Hiroshi Takahashi's Crows fighting manga, began streaming this past week. The trailer introduces the new cast at Suzuran Boys' High School after Genji Takiya and Tamao Serizawa have graduated. Director Toshiaki Toyoda (Aoi Haru, Kūchū Teien) is taking over from Takashi Miike for the latest Crows film, which takes place one month after the end of Crows Zero II.

Japanese pop singer Kyary Pamyu Pamyu has been helping the government promote its "Cool Japan" campaign in the United States.

She attended a promotional event at the official residence of the Japanese Consul General in Los Angeles on Thursday.

The singer talked about her eye-catching fashion and music career as well as youth culture in Tokyo's Harajuku district. About 50 people from the fashion, music and movie industries attended.

The local government appointed the singer a Harajuku Kawaii Ambassador. Kawaii is Japanese for "cute".

She says Harajuku culture could become popular around the world and she hopes that "kawaii" will become a global word.

One woman who works in the fashion industry in Los Angeles says young people in the US have gotten to know the singer and Japanese pop culture through the Internet. She says the "kawaii" concept is fresh and exciting. 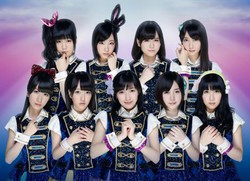 Oricon Style reports that there are no future plans for events or live concerts for "No Name," the AKB48 spinoff group of nine voice actresses from the AKB0048 anime. The group's second single, "Kono Namida o Kimi ni Sasagu," debuted at #2 on the daily charts in Japan on Wednesday. It has been one year and two months since the group first began recording for the anime.

KETSUMEISHI will be releasing their first single of 2013 Tsuki to Taiyou, a song expressing love between two people living together like shadow and light or the moon and sun; a very sad but beautiful song! ""Tsuki to Taiyou"" is used as the ending theme song of the television show "Doubles- Futari no Keiji" (TV Asahi, every Thursday at 9:00PM). The dance for the music video was choreographed by Kent Mori, a dance artist who has been booked by great artists such as Madonna and Michael Jackson and is currently under contract for Chris Brown. The idea of "light" and "shadow" is expressed by MINT crew's outstanding formation dancing, a group of kid dancers Kent Mori loves. Don't miss these never seen before visuals!

The single will be released in May 22

i love it!
nice choreography as well

Japan surpassed the United States with the world’s largest combined sales of physical and digital music in 2012, the International Federation of the Phonographic Industry said Monday.

Japan marked $4.3 billion (¥425 billion) in sales of CDs and music downloads, trading places with the United States, which posted $4.1 billion, for the first time since 1973, the group said.

The United States was still the largest market in the world in terms of overall size, including licensing fees for music used in movies and commercials, the federation said.

Streaming services DramaFever and Hulu added the new live-action Itazura Na Kiss ~Love in Tokyo television series to their lineups under the name Mischievous Kiss: Love in Tokyo this week. DramaFever is offering episodes to North American audiences on the same day they premiere in Japan.

In the romantic comedy, a high school girl named Kotoko finally tells a fellow senior named Naoki that she has loved him from afar since she saw him on their first day of high school. However, Naoki, a haughty "super-ikemen" (handsome male) with smarts and sports talent, rejects her offhand. Fate intervenes when a mild earthquake ruins Kotoko's family house. While the house gets rebuilt, Kotoko and her dad stay at the home of her dad's childhood friend...whose son is Naoki.

Digital Manga Inc. is publishing the manga in North America, and the company will release the 10th volume in November.

Goo Ranking recently posted the result of the Top 10 Voice Actors Who Can Sing voted on by NTT customers in Japan. Since the votes are widely gathered and not only from otaku, the top choice was someone who is also known as a great impersonator besides being a veteran voice actor.

Do you agree with this ranking? There are some seiyuu missing on this list like Kamiya Hiroshi, Namikawa Daisuke, Sugita Tomokazu, etc.
Collapse