Well, it's been more than a year since "Super Delicate", and HSJ have yet to officially announce a new single. Their national tour has started last April 13, and during concerts, new songs have been performed, including new songs from sub-units Hey!Say!7 and Hey!Say!Best.

Steven Lee (composer) also tweeted that he wrote a brand new song for the group, as performed during the tour. And since there's that wide gap between release (again) here's a preview of the new songs (Shokura & fanaudio) while waiting..


Hey!Say!7- Just For You
- To which I don't know if Keito sings because during concerts he plays the accompaniment guitar while the other 3 sing

( Collapse )
- Again, written by Yabu, and again, as with all other HSB songs, starts with the letter 'S'

( Collapse )
- and they say the choreo was even better than Beat Line?

HS7 singing a sappy acoustic r&b-ish song?? I LIKE. A LOT. This is also the first ballad I'm ever gonna love from the group. Need the new single, I'm ready for a PREPPY HIPPY HSJ

A bit longer preview for Message

i wonder what Kimi ni todoke will be released as..
but just soo excited for Message. i luv it♥♡

Arashi's new single Endless Game is the main theme song for the Kazoku Game which stars Sho Sakurai.
Endless Game will be released May 29 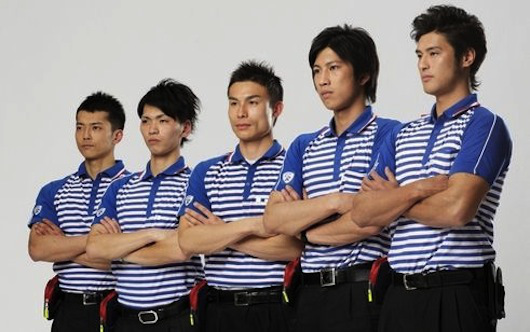 A short while ago, a group of men belonging to a particular delivery service company became hot news in Japan, not for their sterling courier service as you might expect, but, to put it bluntly, for their dashing good looks. Yes, as silly as it may sound, good-looking delivery men, specifically those working for major Japanese delivery company Sagawa Express, have been making many a Japanese woman swoon.

Will someone think of the men that were not bless by the ikemen gods?

Also, who would you like to deliver your packages, Arama? I'm going with Iron Man, all my packages will arrive fast and in style. 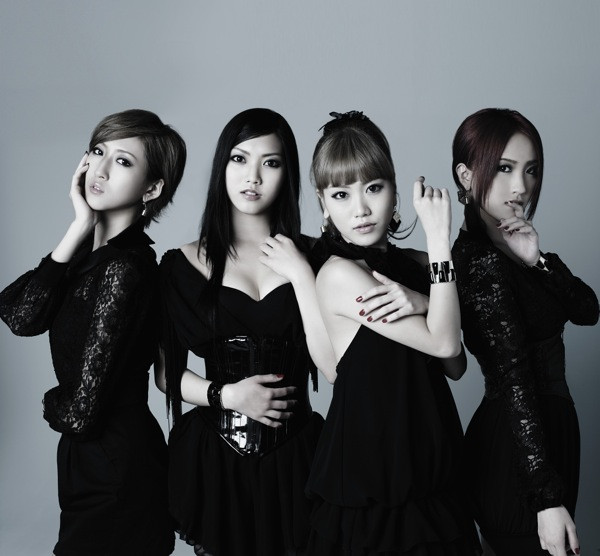 The group that will disband after their One Man Live concerts that start next month, announced their disbandment on their blog.

SMAP's first full-length English single "Battery" is currently being used as the music for Universal Studios Japan's newest rollercoaster, Hollywood Dream: The Ride – Backdrop. The attraction opened last month to the longest queue in USJ history, with people waiting in line for 7 hours and 30 minutes the first day, stretching as long as 9 hours and 40 minutes in the following days.

SMAP got to experience the ride when they visited USJ the week before opening, which can be seen in the second part of the SMAPxSMAP vacation special.

Mao Asada, who became world champion at figure skating in 2008 and 2010, said she will retire from competition next year, after Sochi Winter Olympics.

“At the moment, that is what I intend to do,” Asada said. “I began to think about it little by little at the start of this year,” the 22-year-old said as she prepared for an exhibition after the season-closing World Team Trophy competition in Tokyo.

“It is not because of my physical strength but I have considered many things,” she added, according to the international press.

“I want to do my last and my best skating on the big stage in Sochi. I have less than a year to go and I think I can use such a short period of time to get ready and give all I have for the last time,” she said.

“I have been focused only on skating up to now and I will have to think of what I should do afterwards.”

Asada is the only woman who managed regularly to attempt the difficult 3.5-revolution triple axel at world-class events. She amazed the figure skating world when she won the 2005 Grand Prix Final at 15 years of age.

In the past season, she has won her two Grand Prix events — the Cup of China and the NHK Trophy — and the Grand Prix Final without attempting the triple axel. 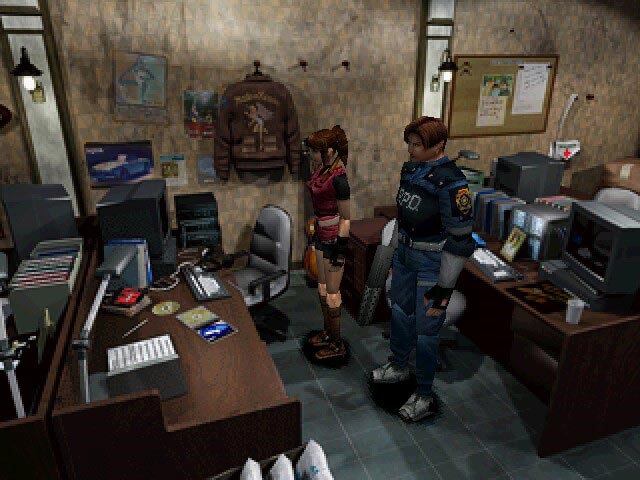 Given Capcom’s strong PC support in the West, it isn’t surprising that more and more PC gamers are making their voices heard on the company’s forums. In a recent forum thread, one particular user asked about the possibility of older Resident Evil games being released via Steam for modern operating systems.

Capcom USA senior VP Christian Svensson replied: “Reqeusts [sic] noted guys. On the [Resident Evil] 1 – 3 front, we have been trying to get [Capcom Japan] to let us update these titles to run on Win 7/8 and then get them out on more digital marketplaces for PC, but dicussions [sic] have been ongoing for more than a  year and we’ve not made progress.”

He added: “As for RE4, that’s a slightly different matter but we’ll see.”

(A PC version of Resident Evil 4 was published by Ubisoft in 2007 with no mouse support and graphical issues.)

In a separate forum thread created later, also asking about older Resident Evil games for PC, Svensson stated: “We get this question/request quite a bit actually. As I’ve said before, we’re trying to do stuff like this but it’s been slow going getting Japan on board with how we should update these games to run on “modern operating systems”.”

Svensson cautioned: “My hope is that someday this will happen, but sadly, it’s likely to take a good bit longer.” 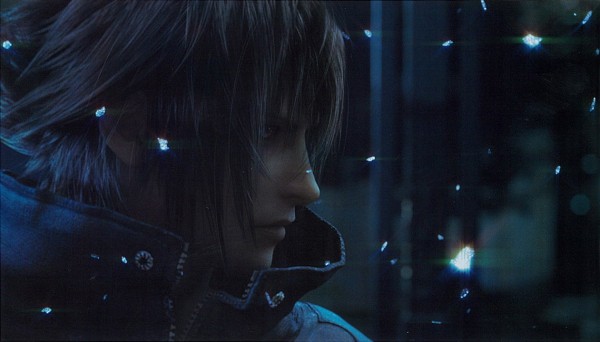 Final Fantasy Versus XIII director Tetsuya Nomura was a special guest on the latest broadcast of Square Enix Radio, where he was questioned about updates regarding the highly anticipated title.

ー When will new information regarding Final Fantasy Versus XIII be announced?

Nomura: “Even within the company it’s a very delicate problem. The date when we can concretely lift the ban has been decided and we are preparing for that moment. Maybe the details as to why information couldn’t be released might be touched upon at the next information announcement. I’m sorry it’s already overdue, but please wait just a little more.”

Does that mean we will definitely see the long awaited title appear in Square Enix’s E3 2013 lineup? Only time will tell, as we’ve heard numerous teasers before.

Blacksmith and Man At Arms internet show star Tony Swatton has recreated Sora's Keyblade from the Kingdom Hearts video game franchise. Swatton recreated the blade in his latest episode based on online images and references.

According to Man At Arms' opening dialogue, Swatton has been a blacksmith for over 30 years and created weapons and armor for over 200 feature films, such as Pirates of the Carribean and Blade. The life-size keyblade is about 36 inches (about 91 centimeters) long and made of steel and aluminium. Swatton also sharpened the "blade," creating replica that is also functional as a weapon.

Model Maki Nishiyama, 27, is 5 months pregnant, tabloid media reported Wednesday. The father of the baby is said to be actor Taichi Saotome, 21.

According to Sankei Shimbun, the couple—who are not married—had a rocky relationship at the beginning of the year, but everything seems OK now.

A spokesperson for Nishiyama’s agency said the couple are planning a June wedding.