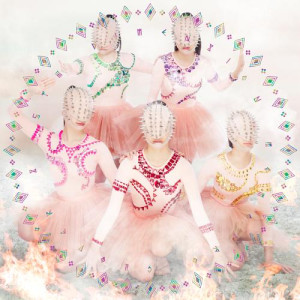 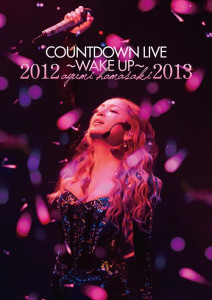 For albums article, go HERE.
In the singles chart, popular singer-actor, Fukuyama Masaharu has reached the top spot with his 30th single, "Tanjoubi ni wa Masshiro na Yuri wo / Get the groove." This is his 7th consecutive no.1 single since "Kesshin" (May 2009) and 16th no.1 single overall, as well as stretching out to 5 consecutive years with no.1 singles. The only other male solo artists to have had 5 or more consecutive years of no.1 singles are Kondo Masahiko (5 years = 1981~1985), Tahara Toshihiko (6 years = 1980~1985), and Nagabuchi Tsuyoshi (6 years = 1988~1993), making Fukuyama the 4th male soloist to have achieved it. Furthermore, he has updated his own record of most no.1 singles by a singer-songwriter with 16, creating a difference of 4 singles with Utada Hikaru at 2nd place (12 no.1 singles).

Posting the top 30 albums/singles and the top 10 music-DVDs. The second column in the top 10 refers to sales in 2013. New release in bold.

and yes the Jim Jones ...veteran rapper from NY


idk think I am being generous but for me it is a :

Go go Eito! Also rooting for NICO, miwa and 3G-JSB. I also like BENI's song a lot so hoping for decent sales for her.

And I have a feeling that Golden Bomber can surpass 100k in the first week.

AKB48's Minegishi Minami appears on the cover of upcoming issue of Fujinkoron. This is her first appearance in a magazine since her 'scandal' and head-shaving back in late January / early February. Her feature of the spread states 'the real reason why I shaved my hair'. Fujinkoron is a woman's magazine that has been around for 97 years and will be celebrating it's 100th anniversary in 2016. Minegishi's issue will go on sale on April 22nd.

"Soshite Chichi ni Naru" (Like Father, Like Son) directed by Hirokazu Koreeda and "Wara no Tate" (Shield of Straw) by Takashi Miike will be shown at the festival opening in southern France on May 15.

Other entries include new works by directors Roman Polanski and Steven Soderbergh.

U.S. director Steven Spielberg will head the jury at the 66th festival, which will run through May 26.

The movie by Koreeda is a human drama starring Masaharu Fukuyama, while the Miike piece is an action epic featuring Takao Osawa. They will be released in Japan Oct. 5 and April 26 respectively.

This is the third time in nine years for Koreeda's work to be screened at the Cannes competition since "Dare mo Shiranai" (Nobody Knows) in which Yuya Yagira won the Best Actor award. For Miike, it is the second time since "Ichimei" (Harakiri: Death of a Samurai) which entered two years ago.

"I am truly glad to be able to have the world premiere at the most prestigious stage," Koreeda said, while Miike said, "I am surprised and honored. To be honest, it was unexpected. Because of that alone, I am very moved." Both directors made comments in statements.

The okinawan beauty and active member of SPEED, has recently published in her blog a picture that shows quite a drastic change in her image.
How can the joy of a married life change a person so much?
( Collapse )