A new teaser for Tsutomu Hanabusa’s Sadako 3D 2 has been uploaded to the Cinema Cinema Today channel on YouTube.

In addition, more details have emerged about how the plot of the sequel connects to the original Sadako 3D, which earned 1.5 billion yen at the box office last year, and to the rest of the Ring series.

The teaser begins with lead actress Miori Takimoto on the floor looking terrified. During a sequence of mysterious shots involving a little girl, Koji Seto appears on-screen, confirming his character Takanori Ando’s return for the sequel.

After a series of mysterious shots, the phrase “A child is born” appear and Takimoto’s character says “Sadako…”

The film is set 5 years after the events of Sadako 3D, when a series of sudden unexplained deaths revealed the existence of a “video curse”. Akane Ayukawa (Satomi Ishihara) gave birth to a daughter named Nagi (Kokoro Hirasawa) four years ago, but died soon after. Takanori subsequently quit his job and began living a life of retirement, but kept his past a secret from his younger sister, Fuuko (Takimoto).

The character of Takanori actually first appeared in the 1998 film Rasen, having been resurrected as a clone by Sadako with the help of his father Mitsuo Ando. It’s a seemingly important fact that wasn’t really referenced at all in Sadako 3D, aside from Seto mentioning it himself at one of the promotional events. However, the continued use of the words “gene”, “virus”, and “loop” in the promotional materials for this sequel suggests a return to the pseudo-scientific themes introduced in Rasen. It stands to reason that Takanori’s origin will loom large this time around.

Wow at ATSUSHI surpassing SZ in the NINKI! Don't know how much impact that 2 of SZ members aren't in most of the single covers, or if the many versions will counterbalance it. But it's probably gonna be a tight race between them.

SNO's rating is pretty high, so here's hoping for a decent number for them. Also rooting for Gen (yeah!), STRAIGHTENER, Himuro-san and THE RICECOOKERS!

Kyoto Animation unveiled its new swimming team anime, Free!, on Friday. The television anime is based on Kōji Ōji's High Speed!, an honorable mention recipient in the 2nd Kyoto Animation Award in 2011. Hiroko Utsumi of Animation DO is directing the anime, and Masahiro Yokotani is supervising the scripts. Futoshi Nishiya is designing the characters, and Tatsuya Katou is composing the music.

Much of the same team created the "Suiei-hen" (Swimming) anime commercial that was unveiled last month.

The main characters are the swim team from Iwatobi High School and their rival at another school: 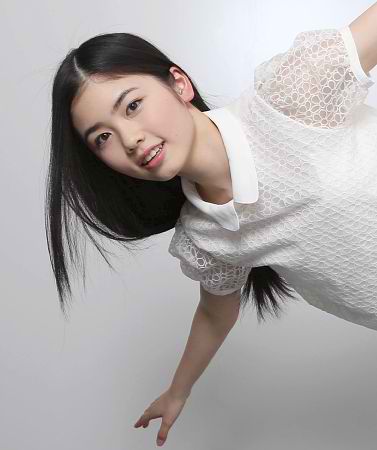 On Wednesday it was announced that 16-year-old actress Fuka Koshiba will be starring in Majo no Takkyubin, a live-action movie adaptation of Eiko Kadono’s children’s fantasy novel of the same name. Takashi Shimizu, best known for horror films like Ju-on: The Grudge and Tormented, will direct.

The novel was famously adapted to the animated feature Kiki’s Delivery Service by Hayao Miyazaki and Studio Ghibli in 1989. The coming-of-age tale follows a young witch named Kiki who must leave her home for a year and use her magic to earn a living.

Koshiba has been signed with industry heavyweight Oscar Promotion since 2011 when she passed an audition of 35,390 candidates. The audition for the role of Kiki in the new film came down to about 500 girls.

As soon as the news began circulating around various Japanese media outlets, Koshiba wrote a note about it which was scanned and transcribed on her official blog.

She began the note by explaining that she’s been on many auditions in the year and a half since her debut and experienced lots of worry and tears. However, she received constant encouragement from fans, her office, and her family.

Koshiba described her experience hearing the news that she passed the audition, writing that she was stunned and cried tears of joy.

She went on to explain that she initially felt some anxiety about playing a character that’s so well known, mostly due to the Studio Ghibli version. However, she added that she thinks this version will be different and wants to play her own version of Kiki based on the original book.

Filming of “Majo no Takkyubin” will begin on an island in the Seto Inland Sea in May. A theatrical release is slated for a spring 2014. Those involved with the production are reportedly already eyeing worldwide distribution with the goal of turning the film into a film series. 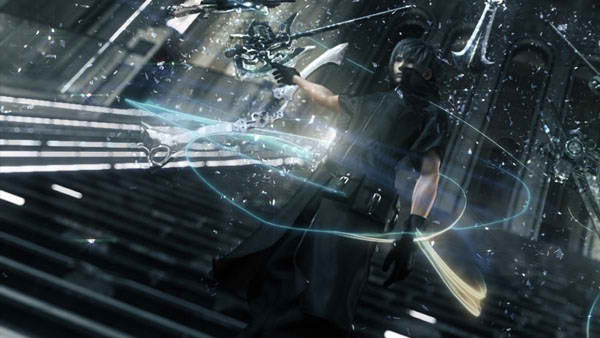 Final Fantasy Versus XIII, oft-rumored to have made the jump from PlayStation 3 to PlayStation 4 (and with a Final Fantasy XV name change, at that), will be available on both platforms, according to a Gameblog.fr source “close to Square Enix.”

According to the site, the shift occurred in 2011, and Sony assisted with the money aspect of the PlayStation 4 port, which echoes a previous rumor.

“Our source confirmed that Sony reportedly helped the transition, financially, with the PS4 port,” said the site. “The price for such exclusivity? Difficult to judge.”

Versus XIII director Tetsuya Nomura recently said the date to reveal new information on the game has been set. It was last shown in January 2011.

Square Enix will discuss the game at this year’s E3,  according to the rumor, where the publisher has already said it will unveil a new Final Fantasy for PlayStation 4. 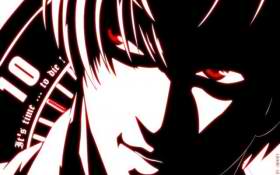 A group of parents from the central Russian area of Ural wrote an open letter to Russian President Vladimir Putin requesting a ban on the popular Japanese manga series Death Note. The parents are claiming that the manga series itself is harmful to children, and they claim as evidence a girl who committed suicide early this year – leaving four of the comic books at the scene of the incident.

According to local Russian media, a 15-year-old girl left Death Note comics and a suicide note before jumping from the window of their 13th floor apartment in Yekaterinburg on February 20 of this year. Judging from the reactions of the parents, local police are now obliged to investigate if there is any connection at all between the suicide and the popular manga series. In the open letter, the parents of the girl demanded of the Russian government that the proliferation of the books – and even the related anime DVDs – be banned. They argue that the Death Note manga series “helps generate interest in death” in children and in turn, has negative effects on their emotional development. Manga comic books are very popular in Russia, especially since the famous Japanese series’ are translated into the local language – the complete volumes of the Death Note series were translated to Russian in 2012. This particular comic book tells murders stories committed by putting the names of targets on a notebook given by “Death” himself. Access to manga comics is relatively easy, as Russian kids and young adults can easily buy them at bookstores in regional cities.

As a parent, we grant that it would be somewhat jarring to find these comic books at the scene where your child committed suicide. But taking all things into consideration, they are surely not the first parents to complain about the content of Japanese manga. I’m an adult, and even I don’t particularly approve of some of the manga comics I’ve seen. But if their only reason for banning literature and art is that it “helps generate interest in death” – then it is a pretty lame reason for censorship. By that argument, the popular HBO TV series Six Feet Under should be banned as well, if all it takes for censorship is to generate interest in something inherently painful or bad (that’s very subjective too). Time will tell if this will generate a reaction from the Russian government, but we hope it does not. Not only is it a total waste of a perfectly good series, but it will set precedent for censorship as well. 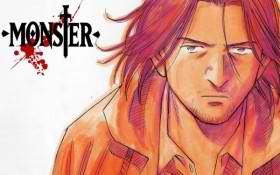 Mexican director Guillermo del Toro is working with US cable TV network HBO to bring to life a TV series adaptation of the hit manga series Monster, by Naoki Urasawa. Along with being the executive producer, Del Toro is also planning to direct the pilot episode, to be written by British screenwriter Steve Thompson. Shogakukan Inc., the publisher of the manga will serve as consulting producer.

Monster is about a young doctor’s search for the “most evil sociopath that ever lived”, a young boy whose life he saved a few years earlier. The doctor’s decision to save his life unleashed a Pandora’s Box of murder and now it’s up to him to stop an inevitable mass genocide plot. The 18 volume manga series, released between 1994-2001, was already adapted into a 74-episode TV anime series in Japan that aired from 2004-2005. Del Toro originally envisioned this as a feature film for New Line, but then realized the scope of the material was too grand for just one film. He also had to convince Urasawa, a legend to his manga followers, to let Hollywood adapt his epic work. This will be HBO’s first venture into the world of manga, although they have been having great success lately in the fantasy series genre, notably with the massive hit Game of Thrones, which is also adapted from a hugely popular book series.

Del Toro is known for his fascination with monsters, through films like the critically-acclaimed Pan’s Labyrinth and the box office hit Hellboy. He is set to release his latest film, Pacific Rim, this July and stars several Japanese stars, including Rinko Kikuchi and Mana Ashida. Even though the trailers remind people of the popular anime series Neon Genesis Evangelion, he has said in interviews that he is not reusing the archetypes from Japanese monster cinema. But this time around, he will be dealing with a different kind of creature and all otaku fans are crossing their fingers that this will not disappoint. 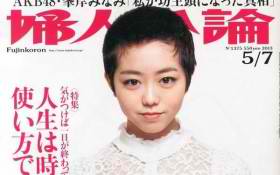 It seems like J-pop netizens aren’t all that forgiving when it comes to sex scandals and shaving heads after all. AKB48 member Minami Minegishi, who figured in a controversial “walk of shame” incident last January appears on the cover of women’s magazine Fujin Koron and gives an honest interview. But netizens aren’t having any of it and blasted her for doing so.

Minegishi famously shaved her head after being caught by photographers leaving the house of pop-group Generations member Alan Shirahama. She then had to make a tearful, public apology video and was demoted to a kenkyuusei, or “trainee”, by AKB48’s management. Her magazine cover is her first “public appearance” with her shaved head, since she wore a wig during the shows she attended as a trainee.

You would think fans would welcome this latest in-depth interview, where she talks about how she feels really bad about ruining the image of her group and hurting her family was the worst part of the whole thing. She also shared that her goals right now are to be a good daughter to her parents and to graduate from AKB48. But the reactions of netizens to her magazine interview were mostly negative, saying that the interview was just trying to get sympathy from the fans and wasn’t heartfelt at all.

The incident last January gained worldwide attention and put a spotlight on the world of J-pop, where groups like AKB48 do not allow their young members to have sexual or romantic relations while they are still under contract. While some consider that to be unrealistic, given that most of these boys and girls are at the age where dating should be normal, it is a reality that you have to accept if you want to be a pop star in Japan. And given the backlash that Minegishi has faced because of this, despite the apology and public humiliation, other J-pop stars will be even more careful.