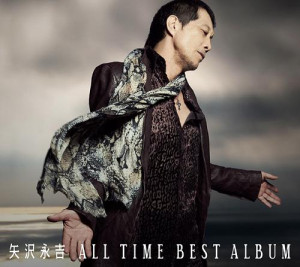 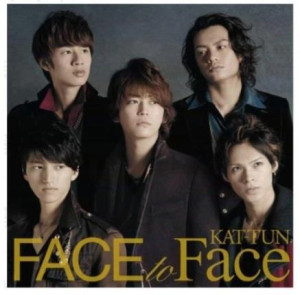 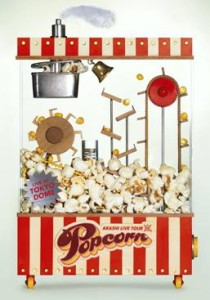 Rock singer, Yazawa Eikichi, has reached the no.1 spot in the albums chart with his first best album celebrating 40 years in the industry with "ALL TIME BEST ALBUM". It has been 18 years and 10 months since he has topped the chart with an original album, "the Name is..." (July 1994). At 63 years old and 8 months, he is the oldest artist to have topped either singles or albums chart. Previously, the oldest artist to top the singles chart was Akimoto Junko with "Ai no Mama de..." (January 2008) at 61 years and 7 months old, and Oda Kazumasa with "Domo" (April 2011) in the albums chart at 63 years and 7 months old. Yazawa has also renewed his own record of having the most top 10 albums to 51, as well as having the longest interval before achieving another no.1 spot, previously held by Tokunaga Hideaki at 15 years and 10 months of interval. This best album is his first since he debuted as the leader of rock band, Carol in 1972 and went on for a solo debut in 1975. The album includes remastering of his solo debut, "I Love You, OK", his representative hit, "Jikan yo Tomare" (1978), "YES MY LOVE" (1982), and his drama theme song, "Ari yo Saraba" (1994), for a total of 41 songs in 3 CDs overall.
In the singles chart, popular group, KAT-TUN have achieved the top spot with their 21st single, "FACE to Face". This is also their 21st consecutive n0.1 single since debuting with "Real Face" (March 2006). The title track is the theme song for the movie starring member, Kamenashi Kazuya, "Ore Ore"  (to be released on the 25th). This is the first time for their movie theme song to top the chart.
Posting the top 30 albums/singles and the top 10 music-DVDs. The second column in the top 10 refers to sales in 2013. New release in bold.

Top 10 singles are made entirely of new releases! Happy at how well Preserved Roses is doing. XD

There's still very little information about the July anime adaptation of Nico Tanigawa's otaku cringe-comedy Watashi ga Motenai no wa Dou Kangaete mo Omaera ga Warui! aka Watamote or It’s Not My Fault That I’m Not Popular! However, after plenty of fan created/fake character design sheets for the anime, the real ones have finally been revealed.

Tomoko Kuroki - a girl who comes to the rude awakening that her late, sweaty nights of playing otome games haven't prepared her to make friends in highschool.

Summer anime season is going to be great between this, Free! and Brother's Conflict. Also is this considered the one time 4chan actually did something good?

OMG she slayed me, really new Queen of J-pop!

For one reason or another, PSY’s big bandwagon never really made it to Japan. In fact, the country is so fed up with the Korean pop star that they’ve convinced themselves his overseas popularity is a well maintained lie and his YouTube views come from hired hands hitting refresh. So, it’s unsurprising that they were equally unsurprised, and perhaps a bit vindicated, to hear that PSY’s appearance on American Idol corresponded with record low ratings for the show.
As part of American Idol Season 12’s finale, PSY appeared as a guest performer with his new hit single, Gentleman. That night, for the first time in the history of American Idol finals, viewership dropped below 20 million people. Just over 14.3 million people watched the selection of this year’s new singing sensation, 33 percent less than last year’s 21.5 million.
Of course, Japan chocks it all up to PSY. Comments to the news include, “Not surprising. He’s not so popular.” “That’s lame, even for him.” “It’s because you can’t refresh a TV program!” and so many more, most of them inflammatory.

Let’s just forget that the show featured a large number of mainstream performers, such as Frankie Valli, Mariah Carrey, The Band Perry, and Jennifer Lopez, and that PSY’s song took up only three and half minutes of the two-hour long special. Japan understands that if the Korean entertainer was actually popular, the finales views would have been in the billions for sure.