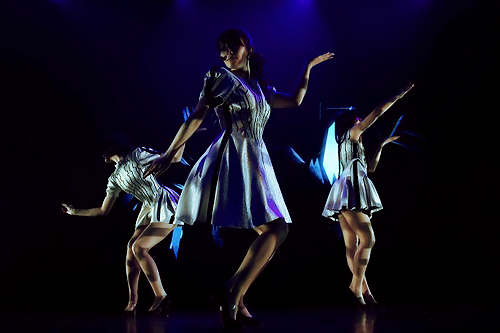 Perfume has been invited to the Cannes Lions International Festival of Creativity, an exhibition showcasing the best in advertising that is held in Cannes, France. They will be welcomed as the first Japanese artist to attend as guests.

The “Cannes Lions” is one of the three most major awards to be bestowed in the world, alongside “The One Show”, and the “Clio Awards”. It is also an prestigious celebration, approaching their 60th anniversary this year. Until 2010 it was called the “Cannes International Advertising Festival”, but since 2011 it was renamed to better emulate festivals that cater to a wider range of communications.

At the festival’s largest seminar on June 20, the person responsible for a number of Perfume’s projects, Daito Manabe will showcase such things like the site used in their global expansion, “Perfume official global website”, and how holographic lives (Kirin Hyouketsu Presents “SUMMER NIGHT”) are produced, and keeping in with the theme, creators from all around the world will participate, talking about the “advanced fusion” of Japanese entertainment and digital art. Perfume will be expected to be present on stage, and it seems we can also expect a surprise.

Lions Live will be live streaming, through Mindshare and Youtube, one seminar session per day. Which session is broadcasted, is decided though polls!

To vote for Daito Manabe and Perfume, simply click on the link above and follow the steps below:

Voting is limited to once a day per person. Voting is now open and will close on 7 June at 00:00 BST. Lions Live will then stream one session
live each day from Sunday 16 June to Saturday 22 June. The selected sessions will be announced on the Cannes Lions website and YouTube Channel on 10 June.

What’s more, a new project geared towards the world will be unveiled on the global site for this festival. Because this announcement will feature a countdown, let’s keep an eye on it and see what happens when it reaches zero.

Also, Perfume’s live performance in London will be broadcasted back to Japan live across cinemas domestically. Because tickets to the original venue, O2 Academy Islington sold out immediately, organisers had to change venue to O2 Shepherd’s Bush Empire, a place that has been well established to accommodate double the capacity. Last November an estimated 28 000 people turned out to view the Singapore live in Japanese cinemas, and this time it looks like cinemas across the country are going to be packed.

Square Enix revealed on Thursday that the company will be releasing its Lightning Returns: Final Fantasy XIII role-playing game sequel for the PlayStation 3 on November 21. The company also began streaming the official E3 2013 trailer for the game. Lightning, Snow, Noel, and other characters make appearances:

Square Enix also unveiled a “Final Fantasy XIII – Lightning Ultimate Box” premium set that will be released on the same day as Lightning Returns: Final Fantasy XIII. The Lightning Ultimate Box set comes packaged with all three games in the Final Fantasy XIII series, a soundtrack album packaged in an acrylic disc case containing carefully-chosen various tracks from the trilogy, a pamphlet containing original costume designs, and a Play Arts figure of heroine Lightning as she appears in the upcoming game. The box will retail for 26,000 yen (about US$260), and will be sold in limited quantities from Square Enix's online store. Normal copies of the game will cost 7,770 yen (about US$78).

Lightning Returns: Final Fantasy XIII will be released in Japan on November 21.

Kaiyodo is offering a set of four Capsule Q Character Attack on Titan prize figures in Japanese vending machines this September. They effectively portray the gruesome violence in Hajime Isayama's original manga and the hit anime:

I want all of them 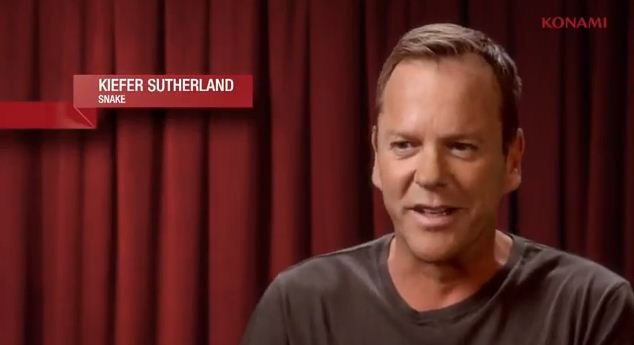 Naked Snake, as you might remember from MGS3, is actually Big Boss, clone-father to longtime series protagonist Solid Snake. But this is a big twist for the series: all incarnations of Snake are usually played by the gravelly-voiced David Hayter.

Kiefer Sutherland, best known for his role as super-agent Bauer in the show 24, will do motion capturing and voice work for the new Metal Gear game, which takes place after the upcoming Metal Gear Solid: Ground Zeroes (and way before the events of Metal Gear Solid IV).

Here's video footage of the annoucement:

Since more younger Johnny’s talents has been going to college, the agency has found this a new way to improved the image of their talents…

Last April 2012, Sexy Zone‘s Nakajima Kento has started attending Meiji Gakuin University where he was able to juggle work and studies. Knowing Johnny’s (selfish) rule that images of his talents can only appear in official Johnny’s publications, good, items, etc, fans were surprised to see Nakajima picture on Meiji Gakuin University guidance pamphlet 2014. The said pamphlet was being given to incoming students of the said university.

Aside from Nakajima’s father who also graduated from the said university, Nakajima chose Meiji Gakuin because of it’s charm despite being small, and he chose Sociology because he would like to study society mechanisms through music and acting.

Furthermore, Nakajima’s father also commented in the said pamphlet, “Since I now speak as an alumni [to my son], communication between parents and child is important”, he also added that he and his wife are behind Nakajima with his entertainment activities.

“Johnny’s may become tolerant in cooperating with the school if it would help his talent. However, this case is also exceptional since Nakajima’s father is also involved. Maybe they are aiming to make Nakajima as an ad pillar for school,” according to a reporter who claims to know a lot about Johnny’s.

w/e w/ this but it's Nakakenty & his own awesomess, must team up w/ Fuma who is in Keio lol
Collapse