Love love love this! Girl took some tips before debuting in Japan. Reminds me of HALCALI a bit~ 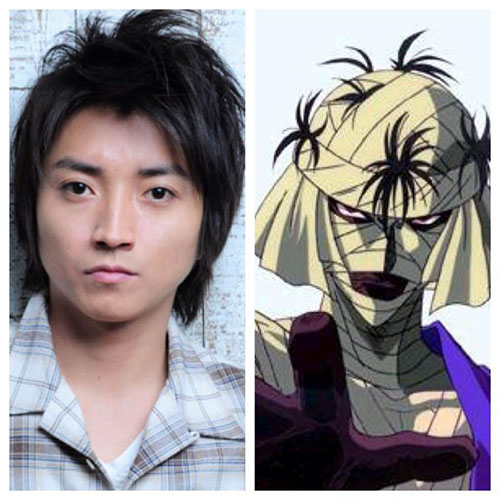 The official website of JUMP SQ has revealed that actor Fujiwara Tatsuya (Battle Royale, Death Note) will take on the role of Kyoto arc villain Shishio Makoto in the anticipated 2-part sequel of the Rurouni live action adaptation. Fujiwara expressed that he is glad that he was offered the role and mentioned that he used to watch Rurouni Kenshin as a child.*

Actor Sato Takeru reprises his role as Himura Kenshin. He said he is happy to return as the character despite the big pressure the first movie has posted. Otomo Keishi also returns as director to the sequels.*

Two new Rurouni Kenshin live action movies are set to be released on 2014. Both movies will cover the original manga’s Kyoto Arc. According to ANN, the first part will be about "The Great Kyoto Fire" while the second one will be about the "Legend’s End."

The live action installment of Rurouni Kenshin premiered in Japan on August 2012. It was also screened in Asia, Europe, Australia and North America.

tbh i know tatsuya is a great actor but not sure about him playing as Shishio .__.