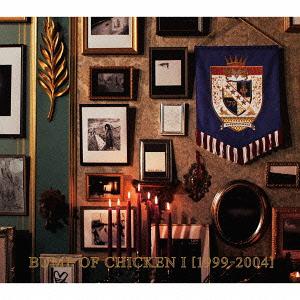 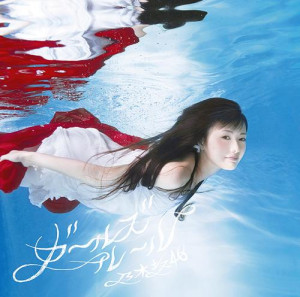 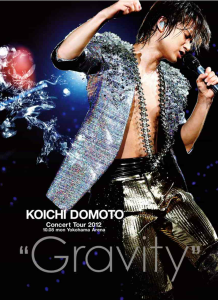 Idol group, Nogizaka46 have reached the no.1 spot in the singles chart with their 6th single, "Girls Rule". This is their 5th consecutive no.1 single since their 2nd single, "Oide Shampoo" (released in May last year). This is their best-selling first week so far since their debut in February last year. This single has a new centre in Shiraishi Mai (20), replacing Ikoma Rina (17) who has been the centre for the previous 5 singles. The group has an upward momentum at the moment when their 4th single, "Seifuku no Mannequin" (released in Decembr last year) managed to reach 303k in total sales.
In the albums chart, popular rock band, BUMP OF CHICKEN have achieved the top 2 spots with their first best albums since their debut 13 years ago with "BUMP OF CHICKEN I [1999-2004]" and "BUMP OF CHICKEN II [2005-2010]". This is their 4th no.1 album, as well as the first time for them to reach the top 2 placings in the chart. "BUMP OF CHICKEN I [1999-2004]" includes their major debut song "Diamond", major hit "Tentai Kansoku", and theme song for One Piece's theatre version, "sailing day", for a total of 14 songs. While "BUMP OF CHICKEN II [2005-2010]" includes the theme song to the popular RPG "TALES OF THE ABYSS" which is "Karma", and the theme song to the movie "ALWAYS Zoku. Sanchome no Yuhi" which is "Hana no Na", for a total of 13 songs.
Meanwhile, Domoto Koichi's solo live DVD, "KOICHI DOMOTO Concert Tour 2012 "Gravity"" has topped both the music-DVD and overall DVD charts simultaneously. This is his 7th consecutive no.1 music-DVD and his 8th no.1 music-DVD overall, pushing him to the first place as a soloist, surpassing Utada Hikaru with 6 consecutive no.1 music-DVDs in February 2002, 11 years and 5 months ago. For the overall number of no.1 music-DVDs, Domoto is now also tied with Utada Hikaru and Koda Kumi at first place as a soloist.
Consecutive no.1 music-DVDs (soloist):
1. Domoto Koichi - 7 (July 2013)
2. Utada Hikaru - 6 (February 2002)
3. Koda Kumi - 4 (April 2008)
Overall number of no.1 music-DVDs (soloist):
1. Domoto Koichi - 8 (July 2013)
2. Utada Hikaru - 8 (February 2002)
3. Koda Kumi - 8 (April 2008)
4. Hamasaki Ayumi - 6 (September 2011)
Posting the top 30 albums/singles and the top 10 music-DVDs. The second column in the top 10 refers to sales in 2013. New release in bold.

I would've preferred better sales for BUMP, but since there are 2 albums, congrats anyway!

We previously reported the ranking of actresses who had their big break in the first half of 2013, and now it's time for actors!

For the first half of this year, people gave the No.1 spot to Fukushi Sota, who made his acting debut in 2011. Fukushi grabbed attention with his lead role in "Kamen Rider Fourze", but he gained even more popularity with the ongoing NHK drama "Amachan". On a side note, Fukushi's new starring movie "Enoshima Prism" is set for release on August 10.

Kanjani8 member Okura Tadayoshi ranked in at second place. Not only was he active in the group, but he also focused on his acting career. This year, he's already appeared on the TV asahi drama "Otenki Oneesan", and his starring movie "100-kai Naku Koto" was also released in June.

You can check out the rest of the ranking below.
=====

I swear Arama gets deader during the summer.

Former HKT48 who graduated last August 28,2012 because of the rumored underage drinking and smoking scandal and also because she wants to pursue cooking finally achieved her dream at the age of 15.

The one element of Guillermo del Toro's gargantuan "Pacific Rim" that does not seem to be dividing audiences into warring camps is the fierce and charismatic performance of Rinko Kikuchi as the gifted giant robot pilot Mako Mori, whose emotions cut through the visual clutter of every scene she's in. "I wanted someone who could bring reality and be strong but fragile," del Toro told the Boston Herald. "That’s Rinko."

Kikuchi's gift for burning into our consciousness just with the intensity of of her gaze was already evident in 2006, when she became the first Japanese actress in 50 years to be nominated for an Oscar, for her wordless performance as a deaf mute high school student in Alejandro González Iñárritu's "Babel." (Miyoshi Umeki had won Best Supporting in 1957 for "Sayonara.")

Since then Kikuchi has worked on several eye-catchiing international projects, including Rian Johnson's "The Brothers Bloom" (2008), French director Isabel Coixet's "Map of the Sounds of Tokyo" (2009) and Cellin Gluck's "Sideways" (2009), a word-for-word Japanese-language remake of the Alexander Payne wine-tasting film. "Norwegian Wood" (2010), Paris-based Vietnamese director Tran Anh Hung's adaptation of the Haruki Murakami bestseller, won her some belated recognition in Asia, including a Best Actress nod at the Hong Kong International Film Festival.

Overseas, in other words, Kikuchi has become a go-to Japanese actress for hipster auteurs, and this must be partly a result of personal preference. The Japanese roles she's chosen, too, suggest a niche/art house sensibility: "A Forest With No Name" (2002), is one of director Shinji Aoyma's hard boiled parodies about tough private eye Maiku Hama, and Katsuhito Ishii's "The Taste of Tea" (2004) is a Bergman-esque family drama. "Assault Girls" (2009), a live action steampunk science fiction film by anime master Mamoru Oshii, is the closet thing on her resume to "Pacific Rim."

Kikuchi has also established a highly visible parallel career as a high end fashion and advertising model, notably as "the face of Chanel."

Unfortunately, there seems to be no comfortable equivalent in Japan for indie or alternative success, no familiar way to become the Greta Gerwig or Tilda Swinton of Tokyo. Though not entirely without honor in her own country, Kikuchi is nowhere near as famous there as the level of her international success would lead one to expect.

"Why is 'Pacific Rim' actress Rinko Kikuchi not a bigger star in Japan?" asked a recent article on the website Japan Daily Press.