Among the new releases, Amano Haruko (Koizumi Kyoko)'s single which is also a song from the hit NHK asadora Ama-chan, and Arai Yumi's collab album with Studio Ghibli that includes the current digital hit Hikouki Gumo which is the theme song for the new Ghibli movie Kaze Tachinu, both which are not in the NINKI but have been doing well on online charts seem likely to end up in the top 10, and I won't be surprised if they even reach top 5 or top 3.

The promotional video for Avex's Brand new girl group FAKY for their debut song "Better Without You" has been released.

FAKY consists of 5 bilingual members: Mikako from Fukuoka, Lil'Fang from Tokyo, Tina from Atlanta, Anna from New Zealand, and Diane from Okinawa. Together the group challenges themselves to bring something new to the Japanese music scene as well as abroad, with aspirations to expand internationally. 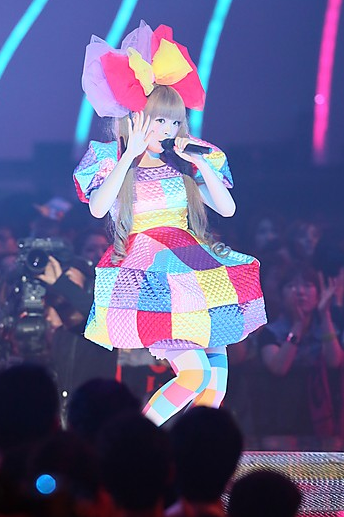 Earlier this year, researchers discovered that our ability to perform critical tasks is heightened when we’ve been “primed” by exposure to cuteness. That’s because we experience significant psychobiological changes when we encounter cute things — our heartrate drops, we become more attentive, more focused. Cuteness is addictive. And therapeutic.

Naturally, the authors of the study — Hiroshi Nittono, Michiko Fukushima, Akihiro Yano, Hiroki Moriya — are residents of the global capital of cute: Japan. No place in the world is more obsessed with cute, and no culture has woven cuteness more deeply into its social fabric. Cute images and mascots are everywhere, from police kiosks and public libraries to bathrooms and ballparks. The standard of female beauty (and, it must be said, male good looks too) is focused on “cute” rather than “sexy” or “beautiful,” with most top idols being small, slender, round-faced and wide-eyed; they look like schoolgirls, and many of them are.

Cute and Japan are synonymous, which is why the Japanese business and government establishment has also chosen cuteness as a key tool its attempts to boost tourism and exports. In June, Japan’s Diet approved the creation of a 50 billion yen grants fund dedicated to investing in the promotion of everything from anime to cosplay to Gothic Lolita fashion. All Nippon Airways, Japan’s biggest airline, just renewed its sponsorship of a massive marketing campaign, “Cool Japan,” that highlights Japan’s multifaceted pop culture attractions — with an entire tab devoted to “kawaii,” the Japanese word for cute.

If you click into that tab, and it’s almost impossible to resist doing so, the first thing you’re likely to see is the smiling visage of the officially designated “Kawaii Ambassador of Harajuku,” a waifish young woman with an impossible name: Kyary Pamyu Pamyu. (“To tell the truth, even Japanese people can’t pronounce it,” says Chika Anyoji, a representative from Kyary’s record label, Warner Music Japan.) ( Collapse )

It's nice to read an article that takes Kyary seriously for once. She's so much smarter than she gets credit for. And LOL! at her shark obsession~ if they take Sharknado to Japan, Kyary should do a song for the soundtrack.

According to the Tokyo Fire Department, numerous fans in attendance started complaining about their health at around 8:30 pm, and about 100 people required medical attention at around 9:30 pm.
NEWS' concert was cancelled at around 7:30 pm due to the heavy rains on Tokyo's Chichibunomiya Rugby Grounds.
( Collapse )

"Coldness", "Can't seem to be able to read his thoughts", if there is such a reputation, these type of men are called "Reptilian Type Face". But actually, it's girls who feel attracted to a person they can't really read.

Survey Method: Referendum in “Everybody’s voice” NTT DoCoMo
Number of Votes: 5710 votes
Voting Period: 2013/6/5～6/18
This result is not based on scientific statistics. 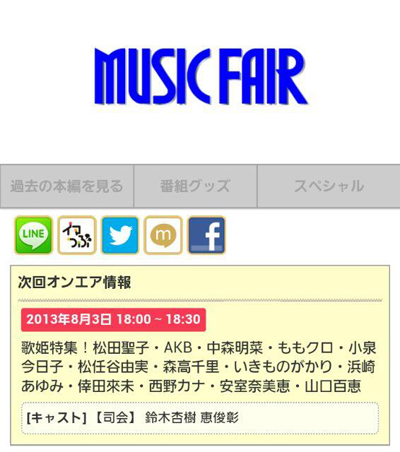 this single is a double a-side, other song is titled "Ai no Gundan"
Collapse