Electropop singer Aira Mitsuki, who debuted back in 2007, is returning with her 4th studio album! The new album is titled "I'LL BE BACK" and it's in reference for a hiatus she is starting after this release. The new album will include a total of 13 tracks, all new with the exception of "Hound Dog" which was released back in 2011 in a bonus disc along with the "Aira Mitsuki LiVE TOUR 2011 "???" in LIQUIDROOM" DVD.

For this release, Aira Mitsuki is going back to her roots with her original catchphrase "Technopop idol born in the future", thus going with a futuristic/space concept once again, as she did with her debut album "C.O.P.Y." The release date for the album is set for August 21st. Check the cover and track list below!

MY BB IS BACK OMFG. I'm so excited and I have such high hopes now! I never thought she'd do a futuristic/space concept ever again. I can't wait!

Since debuting in August 2009, SKE48 has topped the single ranking 8 times, but this is their first to top the ranking 2 weeks in a row. They have also set a record within the AKB48 family (sister groups, sub-units, solo) with this accomplishment. While 48 singles have made it to number 1, they are the first to see their single in the number 1 spot for 2 consecutive weeks.


The last artist to top the single ranking for 2 consecutive weeks was Maximum the Hormone about 2 years and 4 months ago with their single, "Utsukushiki Hitobito no Uta / maximum the hormone / my girl" (released March 2011), for the weeks of April 4th and 11th of 2011. For a female group, the last was Mini Moni about 12 and a half years ago with their single, "Mini Moni. Jankenpyon! / Haru Natsu Aki Fuyu Daisuki!" (released January 2001), for the weeks of January 29th and February 5th of 2001.

Matsui Jurina expressed, "Thank you. I am very surprised. I am very happy that SKE48 has set a record in the 48 group!" She continued, "Since we challenged ourselves to new things with this single, the members are all pleased that we were able to set a record. SKE48 will continue to grow by trying more and more new things."

Matsui Rena also commented, "I still can't believe it, but once again, I feel that we really are being supported by many people. We want to do our best so that more and more people will come to get to know SKE48." 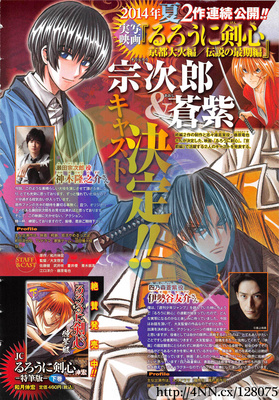 The September issue of Shueisha's Jump Square magazine is announcing on Saturday that actor Ryunosuke Kamiki will play Sōjirō Seta, the right-hand man of the former government assassin Makoto Shishio, in the two live-action Rurouni Kenshin sequel films. Yusuke Iseya will play Aoshi Shinomori, the head of the Oniwabanshū ninja.

Zettai Ryoiki or absolute territory is the area of bare skin exposed on female thighs between the skirt or shorts and socks, and this term seems to be one of anime derived Japanese words, and the perfect one has to achieve ratio with 25% tolerance!! (now that sounds pretty serious...) It seems there is a Japanese company, which has been seeking females who offer their zettai ryoiki for putting advertisement stickers, offering a certain amount of income in return.

If you are 18 years old and older and a user of social media with more than 20 friends added, you can apply for the zettai ryoiki advertisement resource bank so that the company can use your thighs as their advertisement board.

It must be a bit too radical for older generations, but I bet girls who generally expose their zettai ryoiki as a part of their fashion regime would probably don't mind offering their thighs for such advertisements?

What you have to do is to register yourself with the company online and get the sticker to put it on your thighs for more than 8 hours a day, and upload the picture on your social media, so that you can earn 1,000 (US$10.21) to 10,000 yen a day!!

( Collapse )
Official website also shows CD advertisement, lady’s beauty salon advisement and some other choices. Basically, all ad stickers are provided on a first come first serve basis, so you may not be able to have a sticker of your first choice. And there may not be constant supply of ad stickers depending on demand according to the website.

So what do you think arama?

It's already a month old but didn't see it posted here, so yeah. 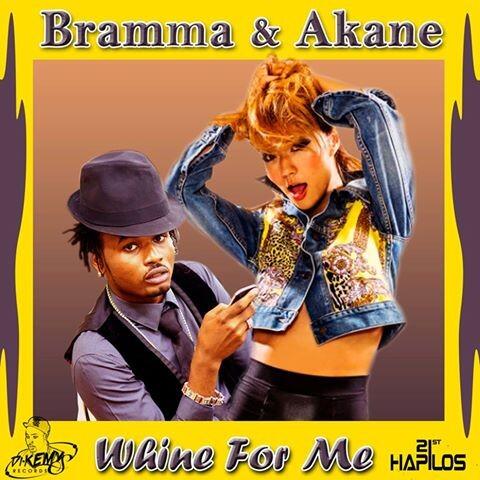 TGSK officially denies SPR48 article in Sports Hochi newspaper by posting in AKB48's ameblo blog. According to him "Contrary to the report which says that SPR48 will debut in 2015, we don't have any specific plan yet. We are working to get more fans in Hokkaido and someday create SPR48 with a theatre. Thank you all for your continued support. - TGSK"

Woah, Yamapi actually sounds..great in here? I miss these kind of songs from him 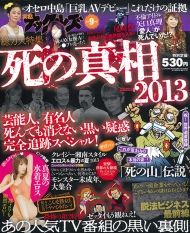 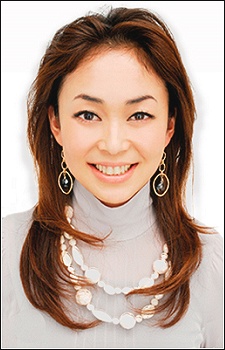 In the latest issue of Jitsuwa Knuckles, a magazine that covers stories on sex, crime (particularly yakuza-related) and showbiz-gossip, ex-Othello member Nakajima Tomoko is reported to be making her AV debut within the year... and they appear to have plenty of proof to back this claim.

Nakajima was previously quoted in an interview with Tokyo Sports as being adamantly against dipping her toes into the AV industry, going so far as to say "AV is out of the question. I'd probably end up acting like my usual self. I wouldn't do it even if you paid me 100 million yen." She also refused to do all-nude photo shoots, explaining: "No, something awful will happen to the people who happen to see me nude while eating. Not to mention wearing bathing suits when you're 41 years old would be tough too. But I'd like to do it if it's semi-nude."

Netizen reactions range from incredulity, sympathy to disgust, yet no one seems particularly surprised. Most of their comments are related to her looks and age (considered ancient for someone trying to make it in the AV industry); some shake their heads over what appears to be a last ditch attempt at relevancy, and some cannot help but wonder how her boyfriend of five and a half years feels about this new venture.

I wonder how much they offered her
Collapse