Arashi's leader Ohno Satoshi (32) starring popular drama 「Kagi no Kakatta Heya」 which was broadcasted last year April will be returning next year with a special single episode drama. The story tells of how the leading role who is a maniac of keys and lock solve cases which takes place within enclosed rooms, Ohno's persona of wearing glasses and his signature phrase of 「The enclosed room case is solved」 became a hot topic. After an absence of two years from the drama Ohno was fired up with enthusiasm 「I'm excited in anticipation of what kind of tricks is waiting.」

The series which specializes in enclosed rooms throughout all the episodes has received high evaluation from both within Japan as well as abroad. The drama not only won a sweeping victory throughout all television magazines' grand prix last year, it also received the gold medal award in the entertainment section for "US International Film and Video Festival 2013". In 「MIPCOM2012」 the world's largest content trade fair, it was awarded the grand prize of 「MIPCOM BUYERS’ AWARD for Japanese Drama」. In addition it was also awarded 「My Best TV Award」 in 2013's Galaxy Award Grand Prix which is chosen by viewers' votes.

Based on the original written by novel writer Kishi Yusuke, Ohno reenacts as Enomoto Kei who serves as an employee working in a leading securities company. The drama records an average rating of 16% for all episodes which topped that season drama's ratings, after the broadcast ended immediately the television station received vast numbers of requests for sequels.

The SP drama will be based on Kishi's new work 「murder in the country of mirror」 which is scheduled to be published on November 12, jointly with his unpublished work 「the two enclosed rooms」, setting up a gorgeous story tailored just for the special drama. Filming will begin as from now and Ohno gave his comment 「That Enomoto will be back in front of everyone! I'm excited to find out what kind of formidable opponent will appear this time round and what kind of tricks are waiting. It has been quite a while since the last enclosed room case, I will try my best to remember all my lines desperately in order to solve the mystery faithfully. (laughs) 」.

The original cast of Toda Erika (25) and Sato Koichi (52) will also be returning for the SP drama. Ohara producer (35) commented that 「This time as well the unique characteristics of the three individuals will bring forth a piece filled with attractive contents. Please look forward to it.」

Satomi Ishihara (26) and Hideaki Takizawa (31) were reportedly seen together at a high-class yakiniku restaurant in Ebisu in May this year.

"She was with Hideaki Takizawa. I've actually seen the two together a number of times now. When I saw them, Satomi-chan arrived while being surrounded by a number of her staff. Tackey still wasn't at the venue, and she entered a private room. Then 20 or 30 minutes later, Tackey arrived together with a few men and went straight to the private room where Satomi-chan went to. The male staff who were with him clearly looked tense as they were looking around. By the time they left, Satomi-chan and Tackey were standing close to each other as they headed towards the elevator. They looked nothing but lovers at that time." - (regular customer)

"The two always met in private rooms. And they would leave separately in order to camouflage the date. But inside the room, they would always sit next to each other and act sweet without taking notice of what's happening around them. When a restaurant staff member enters the private room, I heard that they were so careful that they'd even stop talking to each other no matter how much they were enjoying. Satomi-chan loves the beef rumen part, and the restaurant staff have seen the two of them sharing a single plate." - (different regular customer)

When the yakiniku shop staff was asked, they admitted that the two have been going to the restaurant.
"Satomi Ishihara-san comes here a lot even when she's alone. There are also times when she comes with Tackey-san."

A showbiz reporter reveals the connection between the two.
"The two of them have been very close friends since starring together in 2005's NHK Taiga drama Yoshitsune. After a tabloid scooped them in 2006 when they saw a stage play together, they were never seen with each other since, leading to break up rumors. But I'm surprised that they were dating while hiding themselves from the public eye. It is easy to hide it when it's a yakiniku date."

But Ishihara has also had her fair share of rumors with men. She was caught kissing Takeru Sato in the after-party of last year's stage play, and was also caught drunk, acting all lovey-dovey with Shun Oguri in spring this year.

"Ishihara will be starring in the autumn drama Koi as a college student who falls in love with a husband and wife. She will be having a kissing scene with the husband, played by Arata Iura (38), and the wife, played by Rena Tanaka (33). It is said that the staff is also bewitched by her acting. She was always known to have her acting reflect what she's experiencing in her private life. She's probably having a good relationship now if this is the case." - (gossip show staff)
( Collapse )
( Collapse )

late but no one posted so here ya go... it's generic but still catchy as fuck. koki's rap part is the best thing about this song 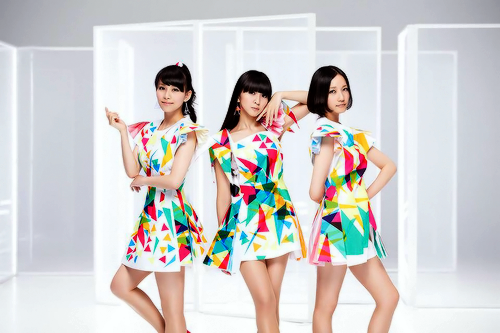 A new song, Sweet Refrain has been chosen as the theme song for upcoming TV Asahi drama 都市伝説の女2 (Toshi Densetsu no Onna 2)! The show will air starting October 11th, 2013! Sweet Refrain currently is not featured onLEVEL3, and so a future release will probably occur. 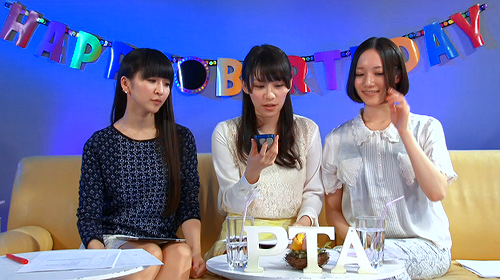 To celebrate the eighth anniversary of their major label debut, Perfume will be broadcasting a new episode of P.T.A. TV, titled Pa! To Tanoshiku Asobou Live! Vol. 5 on September 21, between 9:00 PM JST to 10:30 PM JST. Non-members will be able to watch the first half hour of the event.

The theme for this episode will be “Let’s thoroughly socialise with P.T.A.!” and it will be held on the same website that broadcasted Vol. 4 earlier this year. Further information can be found on both fan club websites.

I've always been digging Cream's Japanese covers (whether their Rihanna covers or 2Ne1, Nicki Minaj, Taio Cruz etc.) and was sad when they kinda stopped doing them. Happy to hear their covers again :D
Collapse