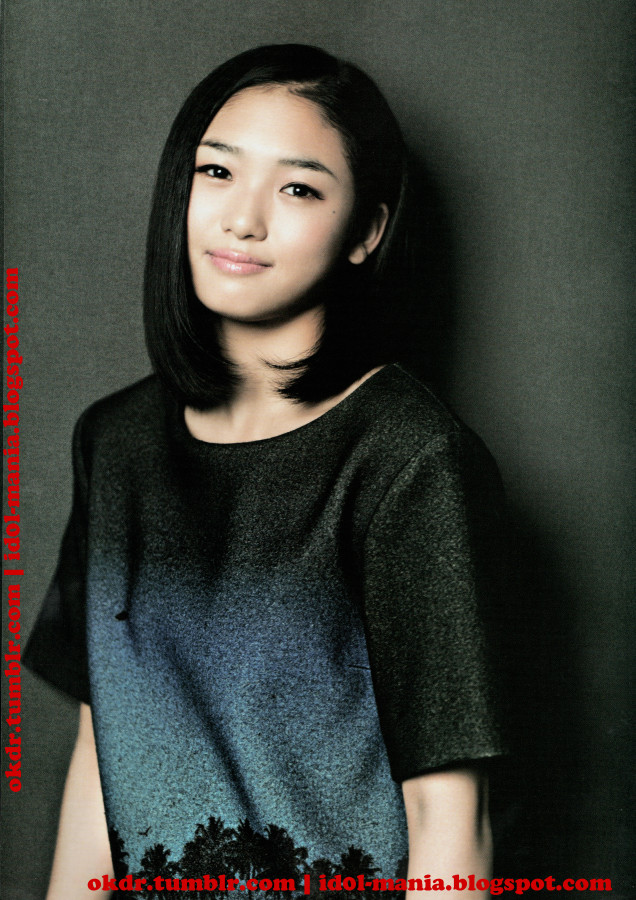 Now I leave you with a bonus, since this news had me disapointed, although I can't be mad because I also like Erina as an actress. This is a translate I made from her appearence at one of Gekkan EXILE's issues last year. I appologize for any errors, it was one of my firsts and just to do some practice on my Japanese poor skills. This is a join interview with HIRO.

I am not listing FLOWER's because, actually, that site hasn't worked for me ever since the Taiyou to Himawari changes and haven't been able to use it.

The scan is mine, it's tagged anyway.

I am late because I thought someone else would already report this. Sorry.

Lantis has posted a short promotional video for voice actor Kenichi Suzumura's 10th single "All right" on its official YouTube channel. 39-year-old Suzumura made his debut as a voice actor for Morley in the Macross 7 TV anime in 1994. He is best known for his voice works for Shinn Asuka in Mobile Suit Gundam Seed Destiny, Sogo Okita in Gintama, and Soular in Fresh PreCure!. Popular anime voice actress/singer Maaya Sakamoto is his wife, they married in August 2011. So far he has released 9 singles and 2 original albums as a solo singer. His 10th single "All right" will hit Japanese stores on October 30. In commemoration of the release, Lantis will hold a special talk&live event at Tokyo Dome City Laqua Garden stage on October 26.

On Oct 18th, it has been confirmed that Arashi and actress Ayase Haruka will be the chairpersons for the 64th NHK Kohaku Uta Gassen. This is the 4th consecutive year that Arashi will be the “White team” leader while this will be the first time for Ayase to lead the “Red Team”.

Ayase currently plays the lead role in NHK’s Taiga drama “Yae no Sakura“; in addition, she’s also one of the most popular actress and has been active in both TV dramas and movies. As a judge of last year’s Kohaku, Ayase is nervous to be this year’s chairman though she also said that it was her ambition to convey the splendor of music with Arashi.

On the other hand, this is the 4th consecutive year that the 5-member Arashi will host the show. Sakurai Sho commented that being the chairpersons, they were supported by all singers who participated and that they only wanted to connect to the world through songs.

In addition, Ninomiya Kazunari said that he will work hard as possible so that the singers will be able to convey their songs as easily as possible.

The 64th Kohaku Uta Gassen will be broadcasted at NHK starting at 7:15PM (JST) on Dec 31st.

There was a rumor about this before but it's just been confirmed so I thought I'd post it.