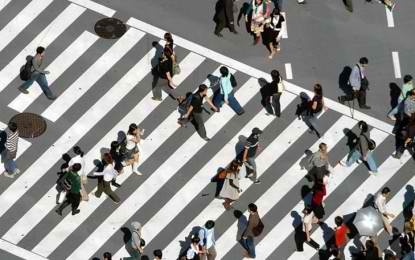 As Japan grows more mobile and “addicted” to all digital and online activities, there has been a growing problem of loneliness and alienation, especially among young people. This has prompted a slew of services targeting those who have no social skills to make new friends in what has been called the “rental friend” phenomenon.

A recent article on Yahoo Japan detailing the “date” between a 35-year-old man and the girl he “rents” to be his friend. Netizens of course had a field day with the article, with some comparing the service to that of hiring a prostitute. But some also were quick to emphasize that this was not paying for sex, but only for companionship. The man featured in the article says that availing of a “Rental Friend” has helped him with his social anxiety and having a “girlfriend” to talk to has improved the quality of his life. He says at first he was reluctant to try paying for someone to keep him company, but after trying it out, he says he can “can forget the disagreeable parts.”

The girl mentioned in the article is part of one of the “Rental Friend” companies that feature “female-only” handymen that cater to “client partners” in Eastern Japan. Customers pay as much as 40,000 yen (over $400) just for one day with these “friends,” and you can take them shopping, drinking, eating and even just talking with them, which apparently is a popular “service” that those who pay for these companions avail of. Netizens said this was “embarrassing”, “sad” and will only make the person renting the friend feel worse about themselves. 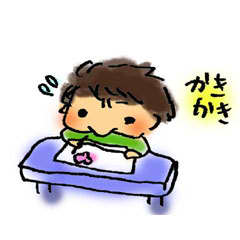 After the tragic passing of 94-year-old Anpanman illustrator Takashi Yanase the internet became abuzz with the news that Yanase created a lot of regional mascots—for free.

Manga artist Sensha Yoshida (Utsurun Desu) wasn't pleased with the news, taking his opinion to Twitter: "I think all those local governments and organizations that depended on him to 'work for free' should be ashamed." Yoshida later apologized, but a poll conducted by Yahoo! Japan found that 80% of respondents agreed with Yoshida's comment. Yanase was a well-respected illustrator in the industry and the former head of the Japan Cartoonists Association. The market hardly fairs better for the average freelance illustrator.

A freelance illustrator living in Tokyo shared her experience:

"For a particular magazine, one color illustration 10 cm^2 would sell for 2,000 yen (~$20). This is around 1/3 to 1/6 of the market price. I cried and cried, but accepted that value. I accepted the offer because I wanted work." The magazine had waited until the illustrator finished her drawing before revealing how much she would be paid.

Manga artist Robinson Haruhara (Senyū.) weighed in when a fan asked on Twitter if being a manga artist is profitable. He jokingly referred to a cost slip showing his finances in the red, but later corrected himself, stating he makes 700 million yen (~$7,126,700) a month, although this was probably a joke, too.

Generally speaking, commercial magazines allot a budget of 30,000 yen to 50,000 yen (~$300-$500) per page on average. Editors must then allocate illustration fees, manuscript fees, photography fees for cameramen, and so on. Due to the long-running publishing recession, purse strings in the industry are getting tighter and tighter. The industry will even turn to the fanart website pixiv to find amateur illustrators on the cheap.

The government held a Cool Japan promotion meeting on April 3 where officials proposed creators work on the campaign's posters and slogans for free. 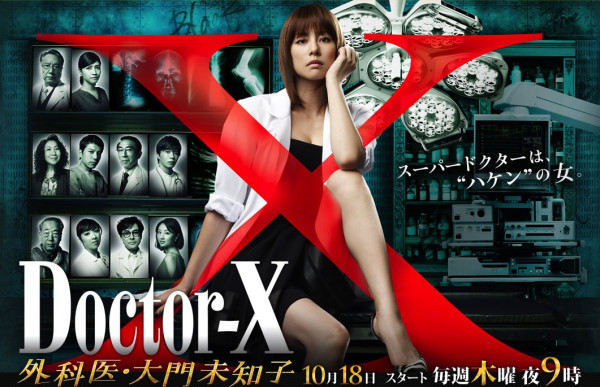 TV Asahi is enjoying their Golden Time slot with “Doctor X season 2″ reigning in ratings game. Although 10 or more Johnny’s talents is in TV dramas this season (in lead or supporting role) from other networks, TV Asahi decided not to appoint any Johnny’s for their dramas this season. It’s not that the network and the agency have any disputes, but TV Asahi chose not to prioritize casting Johnny’s for their dramas as compared with other networks. After all, this is not the time that the agency is having a “home run” considering the miserable ratings of “ANDO LLOYD“, “Kurokouchi” and “Tokyo Bandwagon“. Nevertheless, Johnny’s group will continue to appear in Music Station. As what Yonekura Ryoko’s character always say, “I never fail”, can TV Asahi stay on the top?

My fav PV of them so far

Kamenashi Kazuya continues to find himself in a predicament after Tanaka Koki got terminated from KAT-TUN and with the group being forced to have activities, his latest drama is also in a predicament. “Tokyo Bandwagon” ratings didn’t show improvement since the first episode (8.8%) and continues to decline to 7.6% in the 3rd episode. A program staff says that how much they analyze, they can’t find the right material to help the ratings soar and now they are in fear that ratings will plummet to 5%. It’s only natural for the production to be discouraged even if they chose “Tokyo Bandwagon” after it ranked first in “novels you want to see on TV”. Concerned staff agrees that if the situation does not improve, Kamenashi will again be labeled as the “Low Viewership Ratings Man”. Though Kamenashi seems not so worried, it was rumored that he requested for Anne and Suzuki Fuku to guest in the drama since their trio has been a hit in TV and movie. However, Anne is busy with “Gochiso-san“.

Had to play fast and loose with the theme of Halloween here since it's not a huge deal in Japan. XD What are you doing for Halloween? I don't celebrate it so I am living vicariously through the internet tonight. And please post more spooky songs in the comments!