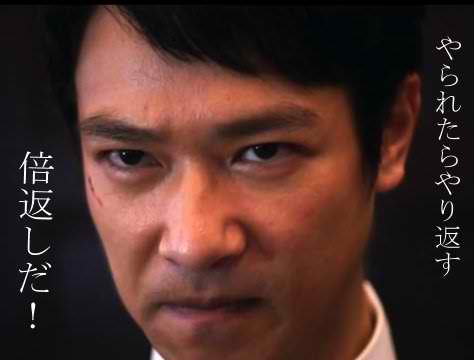 “Jejeje,” “omotenashi,” “baigaeshi” and “imadesho” were the top buzzwords and phrases voted the most popular or influential in 2013 on Monday by a publishing company. Usually, one word or phrase is voted most popular but U-Can said this year it was awarding the title to four winners—the most since 1984.

“Jejeje,” an exclamation of surprise in the dialect of the Iwate fishing village of Kuji, was made popular by the title character in NHK’s morning TV drama “Ama-chan.” The catchphrase was featured in several books and soundtracks. “Omotenashi” (selfless hospitality) gained prominence after TV presenter Christel Takigawa used it in her speech before the International Olympic Committee on Sept 7. “Baigaeshi” means “double revenge” and was popularized by a TV drama about a bank employee trying to right the wrongs committed by the megabank, while “imadesho” (now’s the time) was coined by university cram school instructor Osamu Hayashi and became featured in TV commercials. 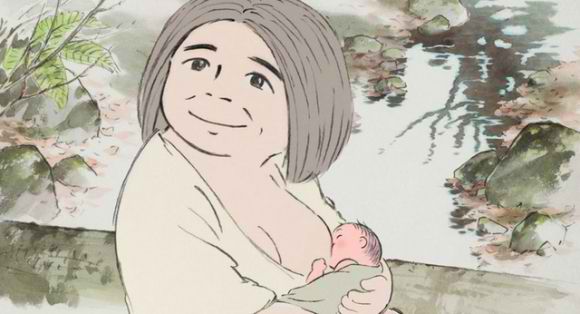 The newest theatrical anime from Studio Ghibli, “Kaguya Hime no Monogatari,” opened just over a week ago. While we came away impressed, the movie-going public at large hasn’t been coming out in the numbers expected for a release by the legendary animation production house.

Now, one film critic is speculating that the movie may have trouble bolstering its lackluster box office numbers with overseas revenue, stating his opinion that “Kaguya Hime no Monogatari” may not be screenable in certain markets outside Japan without censoring multiple scenes.

Author and journalist Akihiko Reizei recently wrote a column for the Japanese-edition of Newsweek, offering his impressions on “Kaguya Hime no Monogatari.” Reizei was gushing in his praise for the picture, calling it “a tour de force” and predicting that it will go on to become a timeless classic.

But despite his personal love for the film, Reizei expressed concerns about the ability to screen it, in its current form, overseas. The critic expressed his doubts about scenes showing visible breasts while nursing, half-naked babies and children, and a completely naked young girl diving into a pool of water.

While Japan’s relaxed attitude regarding on-screen nudity of the animated sort mean that none of these scenes are raising eyebrows in the film’s country of origin, Reizei believes they will cause problems with distribution in nations with different cultural barometers. In particular, the critic feels that severe viewing restrictions would be placed on “Kaguya Hime no Monogatari” in Islamic countries, and that showing it with a general-admission age rating in the U.S. would be “completely impossible.”

As a result, Reizei is proposing that the film be re-cut into an “international version” for overseas theater screenings. While some readers agreed with the critic’s logic, others were less than receptive.

“If Studio Ghibli does what he’s suggesting, it will kill any value it has as a film.”

“Is it really worth throwing away your artistic vision just to cater to overseas audiences?”

IMALU angered by her father's romantic relationship with an AV actress 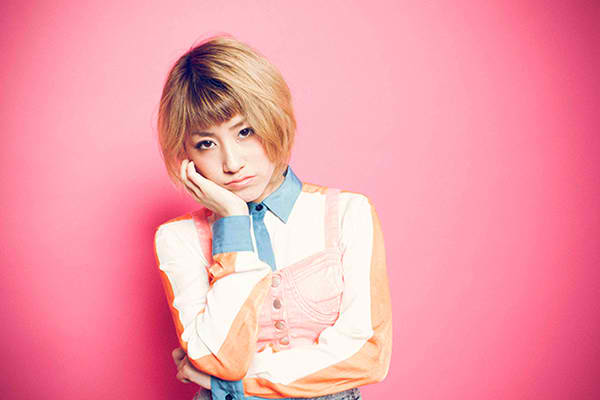 Talent IMALU (24) revealed her feelings about her father Sanma's (58) alleged relationship with an AV actress (23).
IMALU sent in her comments to Fuji TV's Nonstop via fax and wrote:


"He's approaching 60, and I thought he's 'amazing!!' to get caught by FRIDAY with a girl in her 20s. I haven't heard anything from him regarding the previous incident and this one as well. Looking at the article, it doesn't seem like they're causing any trouble to anyone else so I don't particularly feel anything since I have been hearing a lot of stories about my parents since I was little. My father has the freedom to fall in love, and if he's serious, then I'm willing to root for his love no matter who she may be, however, there's a chance that she will become my mother so I'm planning to tighten my assessment of her!".


According to the program producer who called her, she was "extremely irritated and said that she can't accept that the partner is younger than her".


[the FRIDAY&apos;ed couple in question..]

Sanma Akashiya's secret meeting with a girl who's 35 years younger
A month and a half since Sanma's reported date with a popular nudol (nude idol), FRIDAY has once again caught a beauty sleeping over at Sanma's place. The girl in question is another one of Sanma's "lovemates" (girls announced on 27-jikan Terebi who are liked by Sanma), AV actress Makoto Yuuki (23). 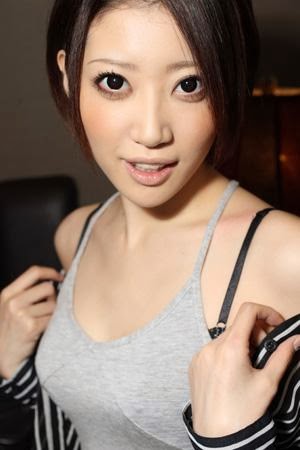 They got close to one another after Sanma visited the shop where she works. Sanma keeps on adding names to his list of girls even as he approaches 60. When asked who his real love is, he just said "Haruka Ayase!" and zoomed off in his car. 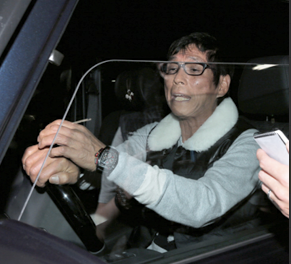 As she exits Sanma's house.
She came in at 11 during the night before and came out again at around 1 pm the next day. 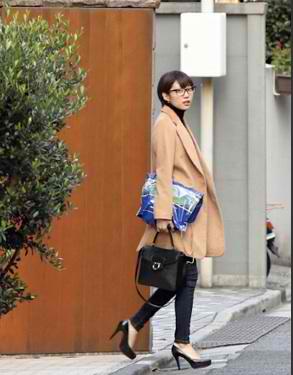 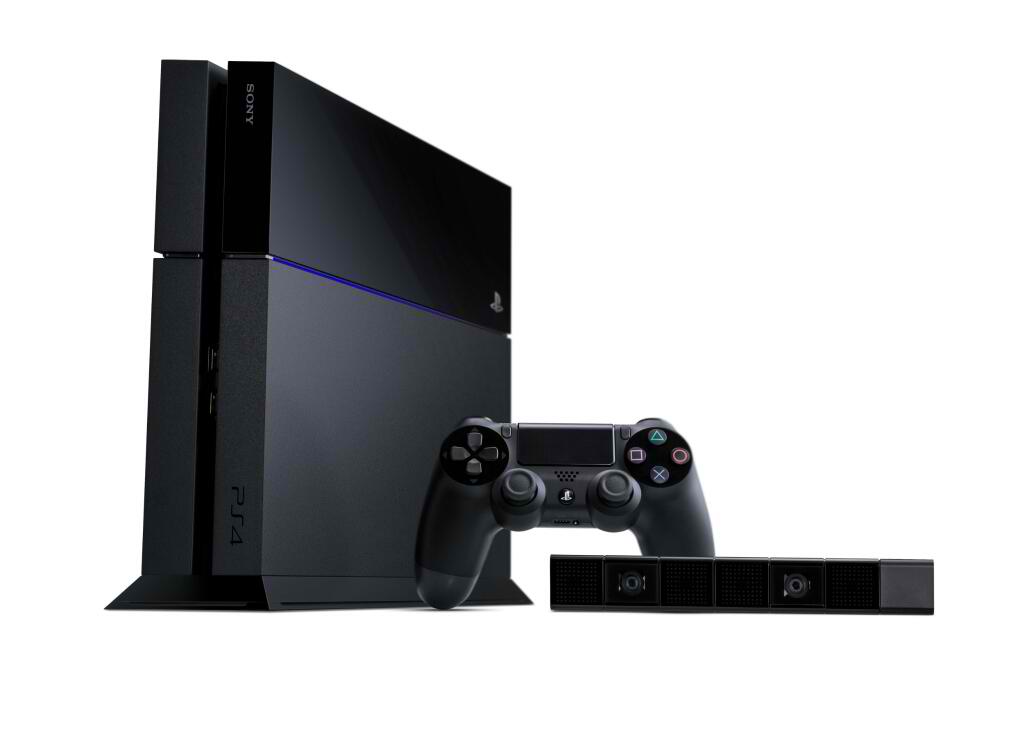 The system broke the eight year record held by PSP, which sold 185,000 units during its September 2005 launch in the United Kingdom.

According to MCV, the system sold over 250,000 units in the United Kingdom in its first 48 hours on sale, besting Xbox One’s 150,000 units within the same period.

Here are some fun facts from the software side:

I adore some of their fashion :) 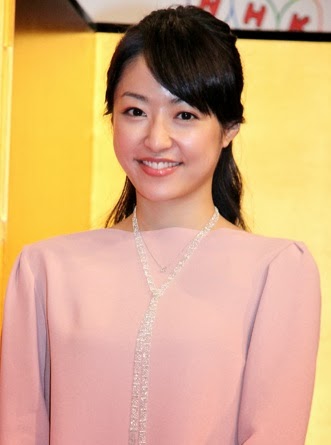 NHK announced on 3 December that Inoue Mao will be the lead of their 2015 Taiga drama "Hana Moyu" set mainly in Yamaguchi Prefecture where she will play the role of Fumi, the younger sister of Bakumatsu-era Choshu Domain philosopher Yoshida Shoin. This marks Inoue's first appearance in a Taiga and her first appearance in a NHK drama in four years since 2011's morning drama "Ohisama". During the press conference, Inoue commented that there are lots of things she has to study about her character and promised to take responsibility to work hard for the drama. Besides being Yoshida Shoin's younger sister, Fumi also married Kusaka Genzui, a key person in the Sonno Joi faction in the Choshu Domain. However, Kusaka later passed away so Fumi remarried Katori Motohiko, the first mayor of Gunma Prefecture. Filming begins in August 2014 and the drama will begin its run in January 2015.

Mizuki Arisa will be starring in the TBS Winter 2014 drama "Yoru no Sensei" which begins its run from 17 January 2014 in the Fridays 10pm timeslot. She plays the role of Yoruno Sakura, a former mamasan in a snack bar who becomes a newbie teacher in a senior high school's night class section. While dressed in elaborate clothes and appearing a bit stupid, she uses her passion to touch the hearts of her students whose ages range from their teens to 80s. This drama also marks the 27th drama in which Mizuki has a leading role in since she first did so 23 years ago in the 1992 drama "Houkago". Co-stars in this drama include Renbutsu Misako and Yamamoto Koji.