More than 70 years after the Japanese occupation of Indonesia began, victims of the Imperial Japanese Army are telling their stories of being forced to serve as "comfort women" and being sexually assaulted by Japanese troops.

Asahi Shimbun reporters visited Indonesia and met many women who were cast aside by their families and have never told of the circumstances of the harm inflicted on them or had their stories investigated.

A support group for former comfort women, who were forced to provide sex for Japanese soldiers during World War II, is located on the island of Sulawesi, Indonesia, which sits just below the equator. Asahi Shimbun reporters asked the group to introduce them to people who had not previously been interviewed. An Asahi Shimbun investigative team spent about two weeks in Sulawesi, where it met 20 or so people who claimed to be former comfort women or witnesses.

The first was Bacce, who lives in Sinjai Regency, an administrative division on the southwest part of the island. At a stilt house built decades ago, Bacce, in her mid-80s, wore a sarong, cloth around her waist, and was hunched back. She is not married and lives with the family of her relatives.

"Did Japanese soldiers do anything frightening to you at that time?" she was asked.

She murmured as she started to speak.

Apparently, governments are jerks almost everywhere. But there's still hope in (ordinary) people. I hope these women got the justice and support they deserve :3 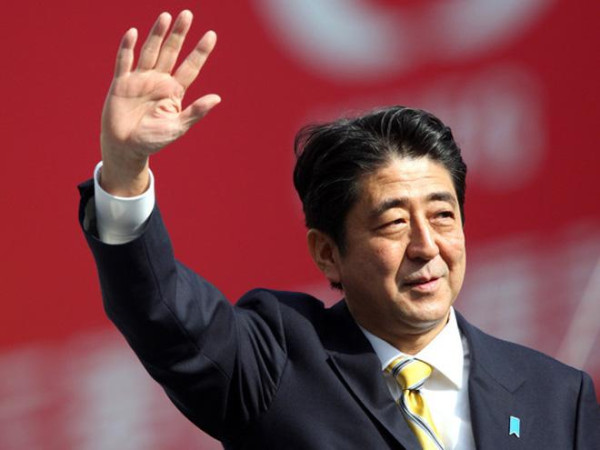 Prime Minister Shinzo Abe said Monday that he wants to explain to leaders in China and South Korea about his visits to Yasukuni shrine in Tokyo, which honors the country’s war dead, but Beijing again called on him to correct his views on Japan’s role in World War II.

Abe said that Japan has not made any direct overtures, but he hopes the leaders can meet to help resolve antagonism over territorial disputes and historical issues.

“At the moment, there is no plan for a summit meeting, but since there are some difficulties and issues we should be speaking together without setting any preconditions,” he told reporters after making a new year’s visit to the Grand Shrine of Ise, in western Japan.

It's been revealed that L'Arc-en-Ciel will be holding a live concert on March 21 and 22nd at National Olympic Stadium.

L'Arc-en-Ciel wrapped up their 20th anniversary world tour '20th L'Anniversary WORLD TOUR 2012' at National Olympic Stadium on May 26 and 27th of 2012. As such, this will be the band's second time to hold a live at this venue in their career. From the end of 2012 to 2013, the members have each been focusing on their solo projects.

Additionally, all 18 of L'Arc-en-Ciel's previously released live DVDs will hit stores in Blu-ray form on March 19. Prior to this, a compilation of all 18 DVDs will be released as a COmplete Production Edition 'L'Aive Blu-ray BOX -Limited Edition-' on February 26.