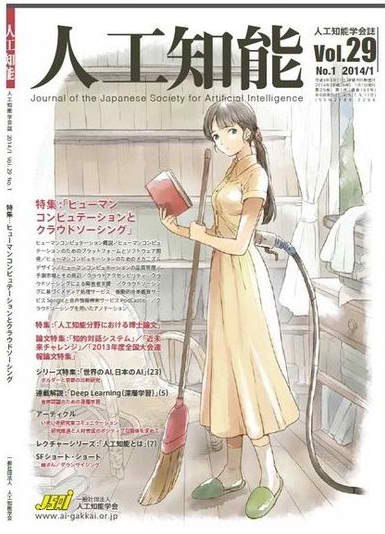 The January 2014 cover design of the Journal of the Japanese Society for Artificial Intelligence showing a female robot with a cable connected at her back, a book and a broom on her hands while looking at the reader was accused of being discriminatory against women. Protesters took to the social networking site Twitter to voice out their criticisms.

A certain Sputniko!, contemporary artist and assistant lab professor with the Massachusetts Institute of Technology Media Lab tweeted that, “it’s too horrible,” describing the “gynoid robot cleaning with hollow eyes.” He said that he thought “an academic society journal cover featuring a gynoid robot doing housework represented a lack of sensitivity to the international awareness of gender issues” and he also likened the outcry for the cover design to that of a “black cleaning robot” being featured in a cover of a U.S. academic journal. Other saw it differently and accused them of being overly sensitive, with one tweeting that, “if you are to create an android, the prettier the better” and another one saying that “the whole stuff remains on the level of personal desires.”


The January issue of the JSAI included a preface explaining the reason for redesigning the cover and how it’s meant to send society a message. The January cover specifically represents their notion of “artificial intelligence in everyday life,” including robots that are wired to clean. Yutaka Matsuo, Associate Professor at University of Tokyo and head of the journal’s editorial board said that the cover design was a result of an online contest for the cover. Drawn by a female illustrator, it bested around a hundred other entries submitted and was also chosen by the editorial board and board of directors. Hideyuki Hirakawa, science and technology studies professor at Osaka University commented that while the illustration is unsuitable for an academic journal, it would have been better for a fanzine as academic societies are more public and “provides an organizational platform for experts” and their research to the rest of the world. 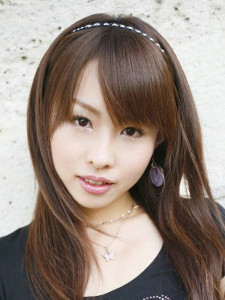 Ohori revealed that she is expecting her baby in June. "When we found out that there is a new, small life inside my stomach, my husband was greatly pleased with tears in his eyes. Everyday, I am able to feel the reality that I will become a mother. I want to protect this precious life no matter what happens," she expressed. 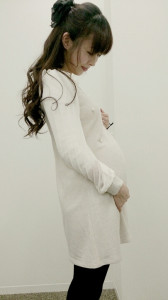 Surprised no one has posted this....here's the video


You can see it around the 8 minute mark. This year, MatsuJun dressed up like a female in an attempt to fool unsuspecting passersby. He was successful in not revealing his identity while working at a supermarket frequented by old ladies, but wasn't so successful at a cafe filled with younger people.

source
48 family fandom is so much fun hahaah
Collapse