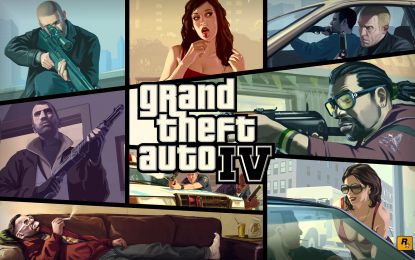 We all have our preferences on which video games we play – gamers are admittedly very specific about that, and so we may understand how uncomfortable it may be to be forced to play a game you don’t like. But Maasa Kawabata, a 28-year-old male nurse, was arrested for doing exactly that to his nine year old stepson – forcing him to play the very graphic and violent Grand Theft Auto IV (GTA IV) against his will.

According to information from the Kyoto Prefectural Police, Kawabata allegedly made the child play the game every day for the span of around three weeks, for about three hours every day while the child’s mother was not at home. We think that this would not have been that big an issue, had it been any other game which was not as graphic as GTA IV. As it stands, Japan’s Computer Entertainment Rating Organization has given GTA IV a “Z” rating, which means they are recommending that the game be played only by mature users 18 years old and up.

In April 2013, the child had complained of headaches, stomach pain, and nausea. This alerted the mother, who promptly decided to move out of the house they were living in with Kawabata. The child was then diagnosed with a disorder called dysautonomia, and this could have possibly been caused by the stress the child experienced from being forced to play the game. June was when the mother – legally married to Kawabata – reported the incident to the authorities. Kawabata was arrested just this week. Aside from making the child play GTA IV forcibly, the child also allegedly suffered from verbal abuse from Kawabata.

The choreophraphy of Bittersweet was done by Ohno Satoshi.

Really love the song. Riida is so genius!