Abandoned cat gets new lease on life, as well as home and job in Osaka

A stray cat called Nyankichi literally used up one of its nine lives simply by being its affectionate self.

The feline was due to be put down after nobody showed up to claim it, but staff at a prefectural animal center here were so taken by the animal that they decided to keep it and make it their mascot.

Nyankichi has even been featured in the prefectural government’s website under the title of “deputy to the center chief” to educate dog owners about vaccination against rabies and other important pet details.

The cat was discovered with a fractured jaw in Kaizuka, a city in southern Osaka Prefecture, last February. It was taken to the animal center in Osaka’s Higashinari Ward, which serves as a pound for dogs and cats that are separated from their owners.

Takashi Horikoshi, chief of the center and a veterinarian, said Nyankichi was about 2 years old or so when it arrived at the facility.

“The cat must have been injured in a car accident,” said Horikoshi, 59. “His left eye is still slightly clouded.”

I hope there's a no-kill shelter in Japan...or all over the world. Nyankichi would really approve that...
Reminds me of that "Rent-a-cat" movie

Source: DailyMotion
Still madly in love with this song.

As fans continue to wait for the now twice-delayed debut of the new Sailor Moon TV series, numerous companies have been taking advantage of their anxious anticipation by featuring the beloved magical girls of the hit ‘90s anime in their offerings and advertisements. We recently saw Japanese intimate apparel manufacturer Peach John release a line of Sailor Moon-themed bras and panties which sold out almost immediately, but the power of Moon marketing is too great to be contained in its native Japan.

A troupe of Korean idols recently appeared as the Sailor Moon cast in a music video and accompanying TV commercial, causing a schism on the Internet in the process.

Yuya Matsushita's Happy New Year's greeting, plus a summary of his activities in 2013, also his plans for 2014. Our boyfriend is busy, happy and doing the thing he loves! :D 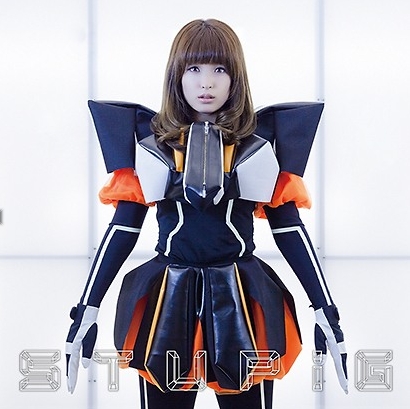 What is your vocals and beauty if your brain is empty? Well 48 family General Manager is not an ordinary idols who are boring and common. AKB girls are really unique and worthy to be idolize not just some vocals and choreography and beauty those are just reasons of fallen fandom after all.
Collapse