Check out the video below!

this is so cool. i'm not really sure but it seems that the backdancers here were the same backdancers that gouriki used.

Miura Daichi's new single "Anchor" will be released on March 5. He will also be holding a nationwide tour titled 'DAICHI MIURA LIVE TOUR 2014: The Entertainer' starting on April 1.

"Anchor" is the theme song for the TBS drama 'Yoru no Sensei' which premiered on January 17. It was written and composed Nao'ymt who has been in charge of many of Miura's songs in the past.

The other day, Miura made a surprise visit to the drama's set and greeted the lead actress Mizuki Arisa. During the visit, he commented on the song, "I wanted to make a kind, yet strong song. In daily life, there are many unfortunate things and painful things. I hope it will become a song that will be close to people during those times."

To coincide the release of Miura's new album "The Entertainer", he will start a nationwide tour in April. Those who become members of his fan club before January 22 will be able to make ticket pre-reservations. 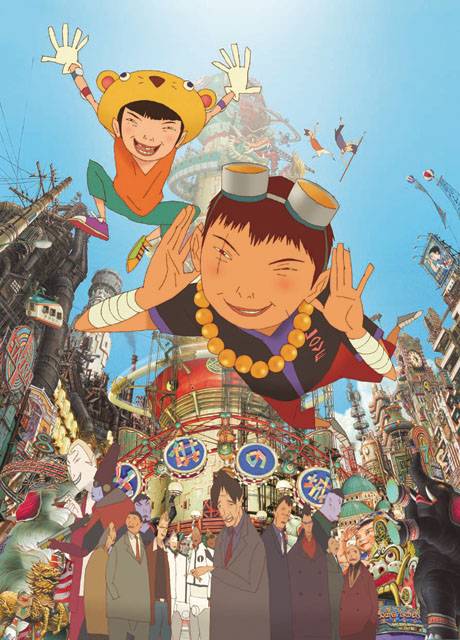 Even though the legendary movie "Tekkon Kinkreet" was released on 2006, it is only this year that its Blu-ray DVD will go on sale. Aniplex will be releasing the "Tekkon Kinkreet" Blu-ray disc on April 23, 2014. The disc will set fans back by 5,184 yen.

On top of the main disc, the first press limited edition will also include a special booklet and a sleeve. As the bonus footage, the movie disc will include the same trailer that was also included in the regular edition DVD.

Based on the manga of the same title by Matsumoto Taiyo, and directed by the Matrix series' Michael Arias, the movie "Tekkon Kinkreet" gained much attention for its art as well as its stellar voice cast starring Arashi's Ninomiya Kazunari and actress Aoi Yu.

The story is set in Treasure Town, a place full of Yakuza. Two boys, Black and White, freely roam its streets and support each other. One day, in the name of rebuilding, the town is sent into a state of uneasiness. An invisible construction project called "The Children's Castle", three assassins, and a mysterious man called "Snake" disturbs the short-lived peace in Treasure Town. White was targeted by the assassins and taken into custody. Meanwhile, Black, who has never been away from White's side, starts his rampage...

On a separate note, Matsumoto Taiyo's manga "Ping Pong" will be made into an anime to be aired during Fuji TV's "noitaminA" slot starting in April.

On the 16th, the Academy Awards--celebrating their 86th year--announced candidates for each category in Los Angeles. Miyazaki's "The Wind Rises" has been nominated as one of five candidates in the "Best Animated Feature Film" award category. In addition to being nominated this year, Miyazaki was nominated in 2003 for "Spirited Away" (it won), and in 2006 for "Howl's Moving Castle", making this his third nomination.

"I'm thankful. It is a great honor that my last movie has been nominated for an Academy Award." Hayao Miyazaki said in response to the nomination. "I'm happy with the overseas response, and it is an honor for all the staff involved in the movie. Thank you to everyone who helped me and made me successful. I'm glad a lot of people in the United States have noticed my work."