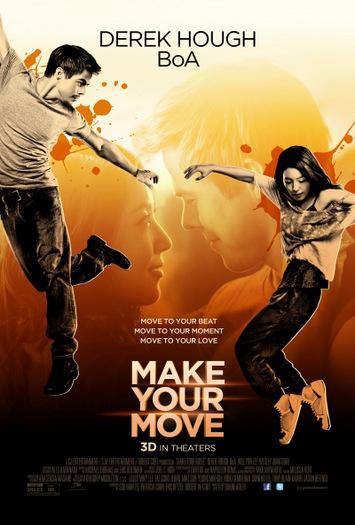 3 years after filming began for BoA's debut US film, then called "COBU 3D" now called "Make Your Move", and countless of maybe release dates for the US, it seems like Duane Adler and his team are ready for its official release on April 18 after YAHOO! published a trailer on their "Make Your Move" movie page.

Not much else has been released for the film. No MPAA rating nor critic reviews.

Although the movie has already been released in various countries overseas and can be purchased online, who is planning to still go see it in theatres? Tell us in the comment section below!

What is LOVE is part of MM14 's triple a-side single, Egao no Kimi wa Taiyou Sa / Kimi no Kawari wa Iyashinai /What is LOVE? which was released on January 29th.

i was pretty happy to see them invited again!