Source: Avexnetwork
They have good vocals, I approve :D
(I'm diggin' men who lounge around like the guy at 0:45 <3) 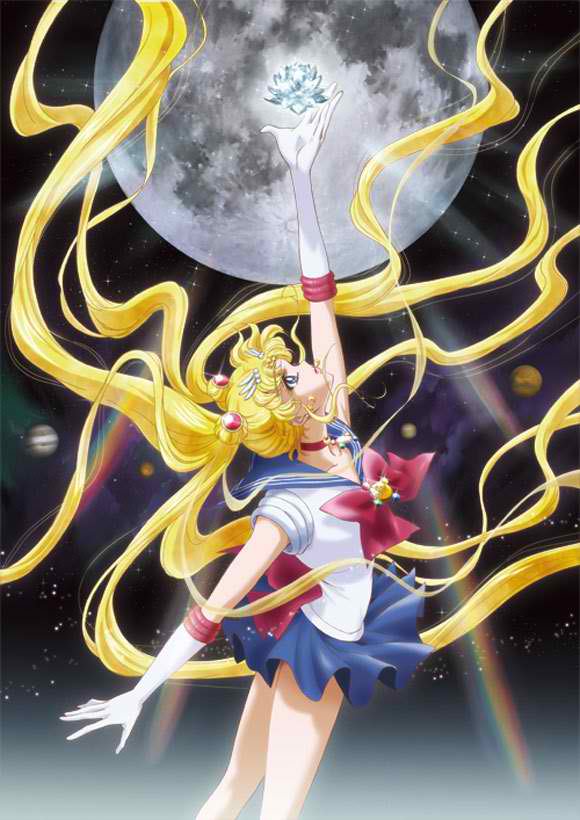 They’re here!!! Details about the new Sailor Moon anime, Sailor Moon Crystal, are finally here! Toei Animation has just released the first key image for the new series, revealing that the animation will look completely different than the first anime that has captivated millions of fans around the world. Staying true to the style of the Sailor Moon manga created by Naoko Takeuchi, Sailor Moon Crystal promises to be visually stunning. Click on for more information!

As you know, the costumes in the first installment of the Sailor Moon anime were a little different than the original manga. But in this new anime, Sailor Moon’s brooch, choker, and the feather accessories in her hair are all similar to the manga version Sailor Moon.

In addition, all aspects, from Usagi Tsukino’s lighter than air hair to the rippling pleats in her skirt, are just like Naoko Takeuchi’s original illustrations. An irresistibly awesome aspect for any Sailor Moon fan.

That’s not to say that the previous anime character design wasn’t cute, but the characters as well as the story development seemed to be aimed at young children. However, judging from the newly released images for Sailor Moon Crystal, the guardians seems more adult-like. It’s almost as if they’ve been reborn.

In addition, the Sailor Moon video games and Nakayoshi publications were all produced by turning Naoko Takeuchi’s original work into cel animation. However, this time the visual atmosphere is completely different and the animators have managed to preserve Takeuchi’s signature transparent, flowing illustrations. We can’t wait to see what the Sailor Moon Crystal figurines and goods will look like!

The new 2014 version was rumored to be released, not as a remake, but a complete redo of the Sailor Moon series. Judging by the key image, they’ve gone above and beyond to meet that expectation.

Does that mean that Sailor Mars will be a cool and collected guardian? Instead of a college student as depicted in the earlier anime, will Tuxedo Mask be a high school student just like in the original manga? We always thought it was a little weird that junior high second year, Usako Tsukino, was going out with a college student…

Sailor Moon Crystal will be released in July of this year on streaming site, NicoNico Douga. We’re excited to tune in and see if our high expectations are met!