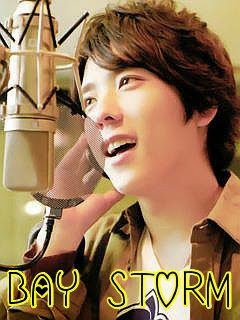 Kazunari Ninomiya is an indoor type of person -- with his cellphone rarely getting any calls and almost never dines out with other people. In contrast to that image, he's had more reports involving him with women than anyone else in Arashi. No one can imagine what sort of things he does in his private life, but he showed a glimpse of himself on radio.

Ninomiya answered a listener's question on the talk show BAY STORM (bayfm) about goukon parties. The question goes:
"My husband suddenly asked me if I would allow him to go to a goukon party. When I asked for the reason, he told me that he wanted to have fun and enjoy drinking with women he doesn't know. I became extremely mad. It's not jealousy and things like that, but it has really gotten on my nerves."
Ninomiya responded: "The guy just wants to drink with women he doesn't know. That's all there is to it. Can't he?", and defended goukon parties.