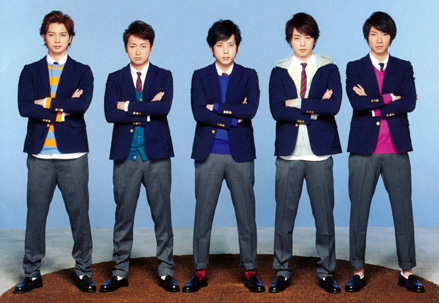 The prestigious Meiji University, a private institution located in Tokyo, is offering a class on the boy band, Arashi. While this marks the first time the class will be devoted to Arashi, the class itself, a study in social psychology, has been offered for twenty years. Due to students' demands for a study on sexuality, the course has also previously discussed the band SMAP. This year's course comes at a good time—Arashi is celebrating their 15th anniversary, having debuted in 1999.

According to the syllabus, the following topics will be covered:


For the rest of us, it seems like we'll be confined to studying Arashi PVs on our own.

A new Rurouni Kenshin trailer was aired, but this time a new song from One OK Rock can be heard in the background! Have they decided to use One OK Rock once again to create the new theme song? Although no official news have emerged from the movies' website nor One OK Rock's official site on the subject, it seems some fans (like myself *coughs*) have no choice but to fangirl quietly until it's officially confirmed. (But I mean, come on, who else is awesome enough to do the Kenshin themes?)