AKB48 breaking another record; what else is new? 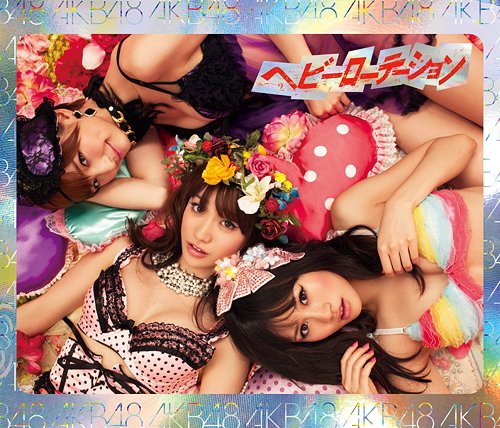 AKB48’s 17th single “Heavy Rotation”, which was released back in August of 2010, has come in at number one on Oricon’s Karaoke Ranking this week, making this their 43rd consecutive week at number one! Up until now, ORANGE RANGE’s “Hana” has held this record for six years with 42 consecutive first place wins.

“Heavy Rotation” was the result of AKB48’s “2nd Senbatsu General Election”, where Oshima Yuko took first place and was in the center position for the first time. This track was second to AKB48’s first million-seller “Beginner” in Oricon’s 2010 Yearly Ranking, selling 713,000 copies.

“Heavy Rotation” officially entered the karaoke ranking on September 13, 2010 at #12. It gradually moved up in rank until November 1, 2010, where it finally took the first place position and has continued to keep it for 10 months. More than a year after its initial release, “Heavy Rotation” is still in the TOP100 single ranking and is a song people love to sing at karaoke. –

Source: Oricon, TokyoHive Flawles AKB, got to admit this song is mad catchy

Some haters are probably going to say AKB fans "bulk-sing" in Karaoke lols....