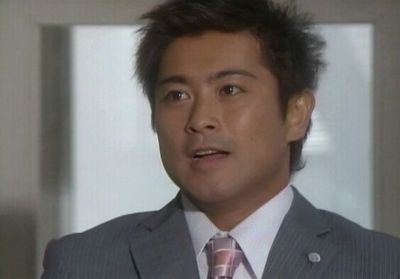 On August 29th, it was revealed that popular musician Yamaguchi Tatsuya from TOKIO landed in some hot water because he was discovered to have been driving without a license.

According to the Shinagawa Metropolitan Police Department, Yamaguchi said, “I didn’t realize the consequences of driving with an expired license.”

The expired license was discovered on August 28th when Yamaguchi tried to make a lane change at a crossroad in Shinagawa, Tokyo at an area that prohibited that traffic move. The star was pulled over by the police, who noticed that Yamaguchi’s license had expired in January, and that he’s been driving for months without renewing it.

The Shinagawa police department have stated that they will send Yamaguchi’s case to the Tokyo Public Prosecutors Office on suspicions of violating Road Traffic Laws.

acidae 29th-Aug-2011 03:45 pm (UTC)
Just wanted to point something out: it wasn't that he didn't realise the consequences. In the original article, what he actually said was "I didn't realise my license had expired and was no longer valid."

xanderave 29th-Aug-2011 04:19 pm (UTC)
I was just about to ask how can he drive without a license so many times before. We aren't talking about Ohno here XD

But yeah! Not realising that his license has expired - they making it such a big deal just because he's a Johnny :( It's not like he caused an accident.

nandexdame 29th-Aug-2011 06:09 pm (UTC)
OK, because I was about to come in here laughing about the consequences line.

satsukisora 29th-Aug-2011 03:55 pm (UTC)
he has license and it had already expired without his realizing it.

darthscooter 29th-Aug-2011 06:40 pm (UTC)
I was driving for a few months with an expired license. I had no idea it had expired until I went drinking and actually looked at my license when I got carded. I should probably check when this one expires.
(no subject) - Anonymous

bessydevlin 29th-Aug-2011 09:59 pm (UTC)
LOL, omg I totally almost got a ticket the other day for the same thing. Luckily it was only expired for two weeks so the cop cut me some slack.

vivimon 30th-Aug-2011 12:30 pm (UTC)
No o.O
I'm from Germany, and there are still some people having a worn out pink paper sheet as their driving license, as no one is made to get a new one.. you either choose to get the new plastic one or you started with that one...

So yeah.. once you have it, it will last forever (at least if you drive the right way xD)

sweetmaryz 30th-Aug-2011 01:15 pm (UTC)
Here is different. In my contry, Brazil, after you pass your driving tests you get a "permission to drive". And it lasts one year. Then if you didn't commit anything wrong on traffic you can get your real license. Your license is about 5 years of duration, when becomes closer to the date of expiration you have to renew it.

If your forgot the date, you have to do tests again (medical, driving). And If you got caught driving with a license expired (30 days is the limit) you receive a penalty (pay some money) and they can cancel your license. You would have to do all again and take a new one.