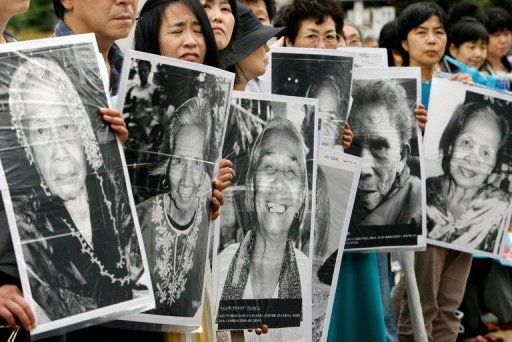 South Korea plans to propose talks with Japan this week over wartime sex slaves, an issue that has long proved an irritant in relations between the two countries, according to Yonhap news agency.

The court ruled that the Seoul government had violated the rights of the women by making no effort to take on Japan over its refusal to compensate them.

Japan’s harsh rule over Korea lasted from 1910 until its World War II defeat in 1945.

Historians say more than 200,000 women from Korea and other countries were forced to work as “comfort women” in military brothels used by Japanese troops during the war.

Japan has apologized for the military’s involvement in crimes against the women but insists the offenses were committed privately rather than on behalf of the state.

Tokyo has claimed that all issues regarding the colonial rule have been settled in a compensation deal in 1965 when the two countries agreed to normalize relations.