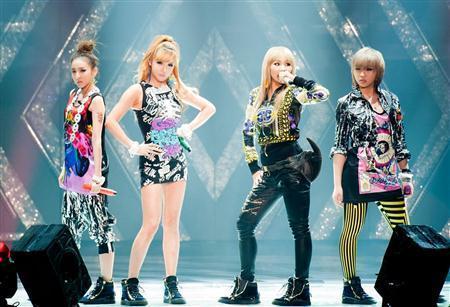 Korean group 2NE1 just started their Japanese debut tour on the evening of September 19 at Yokohama Arena. The girls will perform six shows in three cities and it’s predicted that they will bring about 70,000 attendees.

At the concert when the current raised, leader CL announced that they want to perform at this year’s Kohaku Utagassen and that they aim to take on the world.

Then green lazers shot out with the words “NOLZA” and, “Let’s play” in Korean appeared. Through it all, the ace of spades and queen of hearts appeared showing the blackjack hand “21″ and all four members broke through it. After performing two powerful and rhythmical songs DARA exclaiemd to the crowd, “Everybody let’s play! Are you ready? Let’s go!” and grabbed the hearts of 12,000 fans.

2NE1’s Japan debut event is considered to be a ‘historical’ one for a Korean group entering the Japanese market. SHINee entered and toured three cities and performed five shows but only pulled in about 30,000 fans.

Before the event even started, 13,000 fans lined up at noon for five hours on this opening day. One of fashion highpoints was CL’s outfit. She noted that she went to a vintage shop in Harajuku and bought a stylish punk jacket that has seven patterns that “change”. Also appearing at the opening event were groups BIG BANG and sub-unit GD & TOP as guests.

Earlier in the event when CL announced that they wish to be on Kohaku, she also said that Kohaku is a famous program in Korea so of course they love to be on it. She also added that the girls are aiming for the world. “We hear all our fans in Brazil and want to go London. I want to perform our music on every piece of land.”
2NE1 performed 22 songs and announced that they will release their first single “GO AWAY” on November 16th. 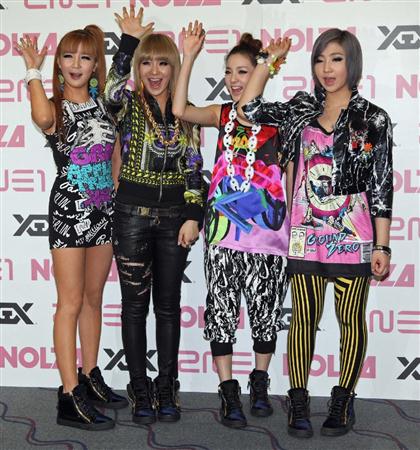 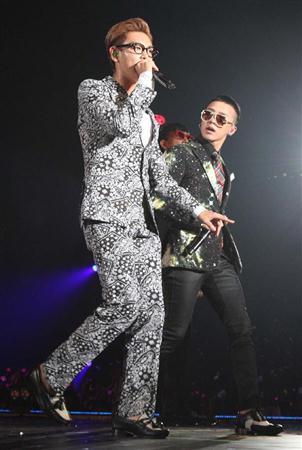 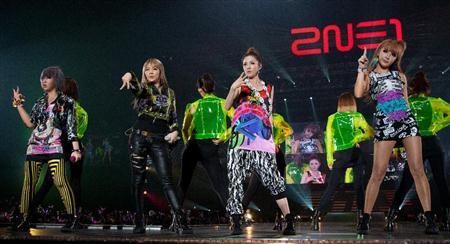 Source: Tokyohive
Well, 2NE1 at Kohaku this year?? Somebody got jokes