Guess who owns the chart! :p 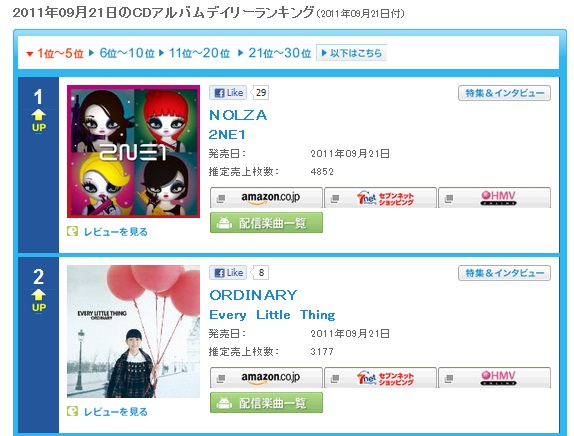 After kick-starting their Japanese promotions with two large-scale concerts at the Yokohama Arena,2NE1 finally  released their debut Japanese album, ‘Nolza‘, on September 21st.

The album debuted at 4th place on the Oricon Daily Album Sales, but the next day, 2NE1 managed to climb to 1st place.

Korean artists have been topping the Oricon charts quite frequently these days, as seen by the recent successes of KARA, Jang Geun Suk, SNSD, Big Bang, CNBLUE and more.  It’s great to see more artists doing well in Japan!

As for 2NE1, the ladies will continue their Japanese tour in Kobe and Osaka in the upcoming weeks. Congratulations, ladies!