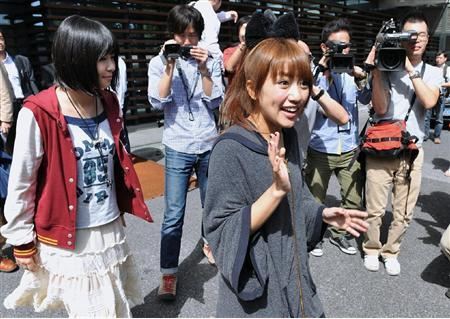 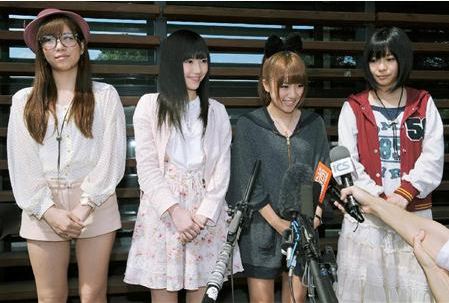 On September 23rd, 16 AKB48 members flew into Shanghai to attend the AKB48 handshake event, scheduled for the 24th.

The girls were greeted by hundreds of fans and reporters at Shanghai Pudong International Airport, and it’s said that approximately 100 fans also waited for the girls at their hotel, calling out the members’ nicknames in Japanese.

Member Watanabe Mayu smiled and commented, “It’s my first time in Shanghai, but the support from the fans are amazing, I was very happy.” Minegishi Minami also expressed, “Live concerts are AKB48’s charm. I want to show them the best performance.”

The local media reported that there were 1,000 fans crowding the area where the handshake event was scheduled to be held; some fans had even camped out overnight. The chaos forced the authorities to cancel the event.

The event was to be held as part of the “Shanghai Japan Week 2011“. At night, a welcoming ceremony was held at the Consulate General of Japan in Shanghai, and a special cake was sent to consulate general Izumi Hiroyasu.