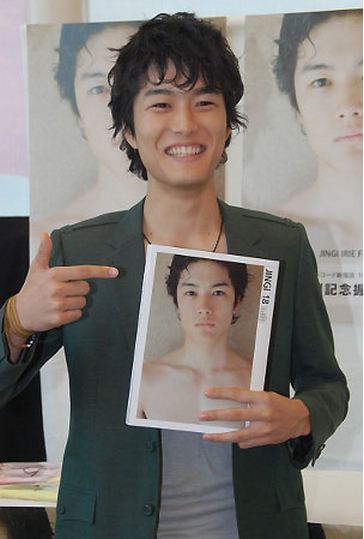 Actor Irie Jingi held a handshake event to commemorate the release of his first photobook, ‘JINGI 18‘, at Tower Records Shinjuku on September 25th.

Irie, who shows off his firm body in the photos, revealed, “Nude is not bad. I enjoyed shooting it. I had an informal feel with the staff so I wasn’t embarrassed, and went all the way.”

The photobook marks the last summer of Irie’s high school career, and features his solitary journey on an island in Japan. It was shot by photographer Seki Megumi in Magijima Island and Ogishima Island (also known as Onigashima, the mythological island of demons) in Kagawa.

Irie shared his ambitions saying, “As you mature, challenges increase. I want to increase things I can do without losing to age. I want to challenge myself to many things.”