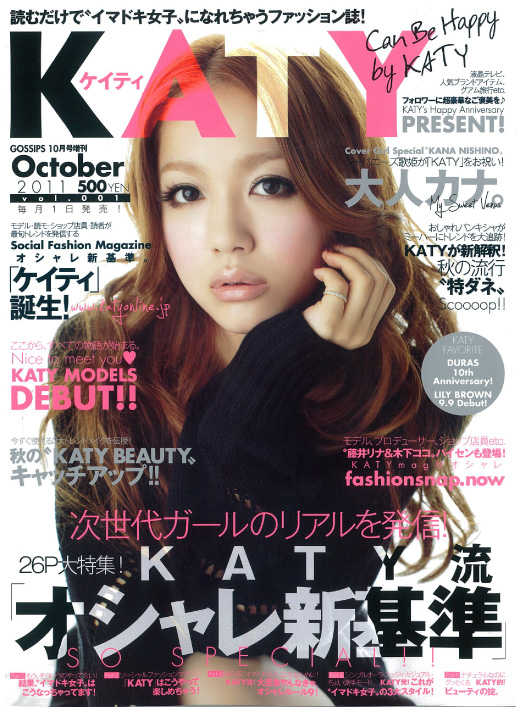 Katy says their target is girls 18 to 25 which is a bit younger than Oneesan ni Natta and Edge-style. Its target audience is more the Glia age. 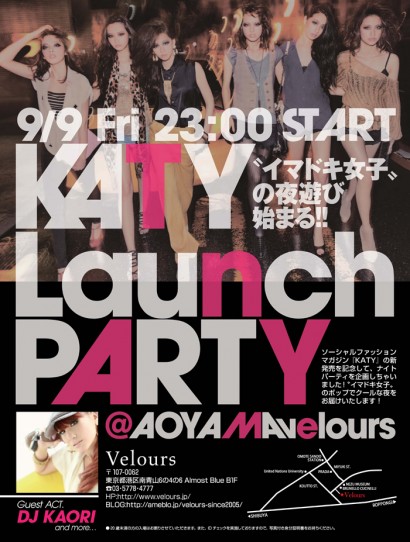 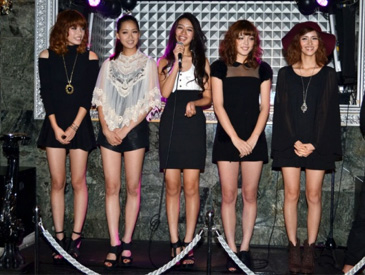 Katy models at the launch party From left to right - Nakamura Rurina (in Egoist), Tanagawa Risako (in W by Murua), Mizukami Momoka, Nagai Mao (in OneSpo), and Komori Misae (in Egoist)

There seems to be a high concentration of fashion thus far in the magazine, which is great.
They feature brands: Egoist, Duras, Murua, Laguna Moon, Spiral Girl, Rienda, Rodeo Crowns, Moussy and SLY. 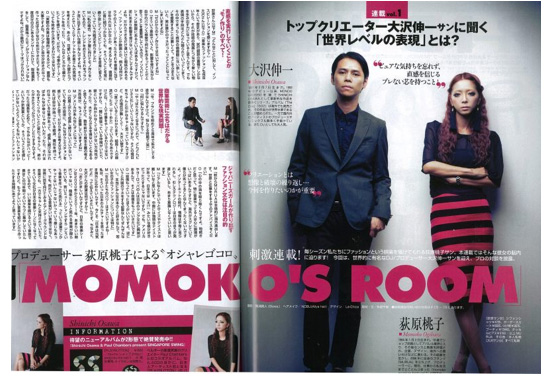 Murua producer Momoko Ogihara has her own monthly section called "Momoko's Room" where she interviews a celebrity. Momoko you're so busy! 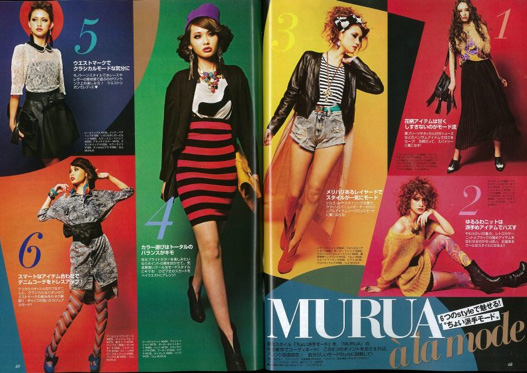 Murua style apparently also got 3 pages in the opening issue of Katy. I love the layout! 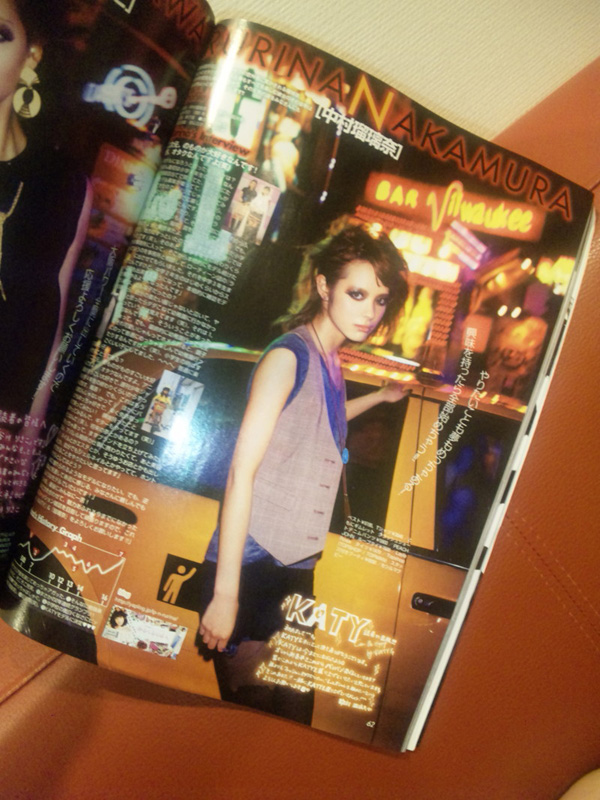 A more casual style with the vest trend. 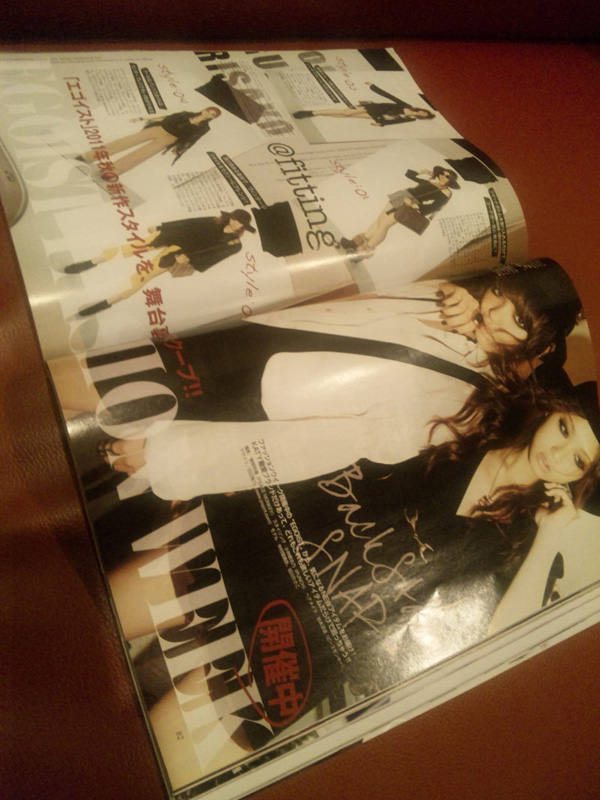 Egoist has several pictures in this recent issue. Katy models on their blogs seem to be big fans as well. 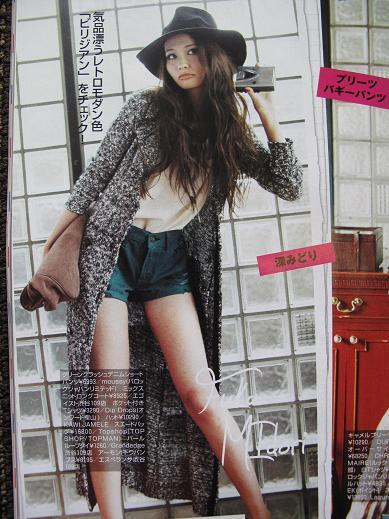 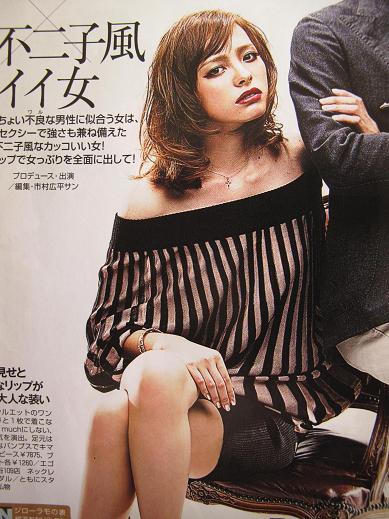 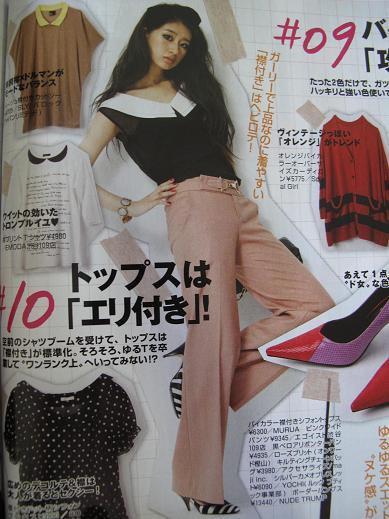 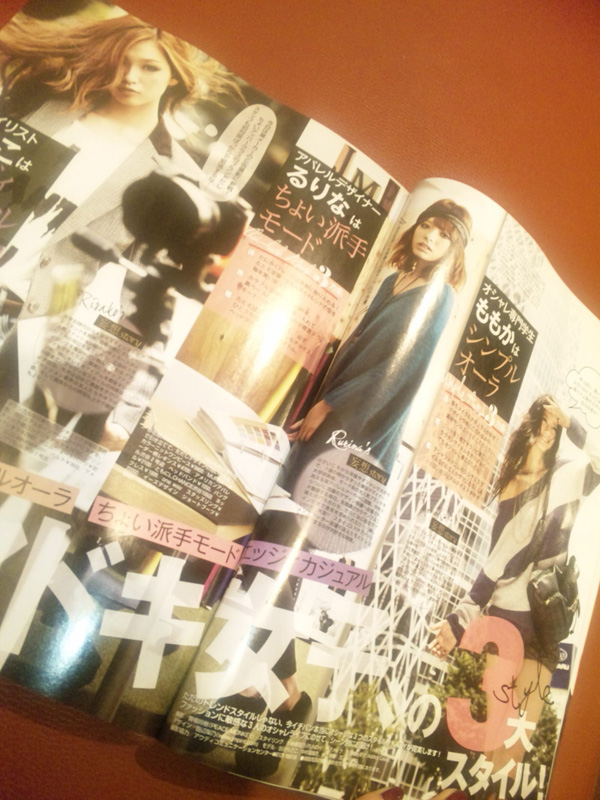 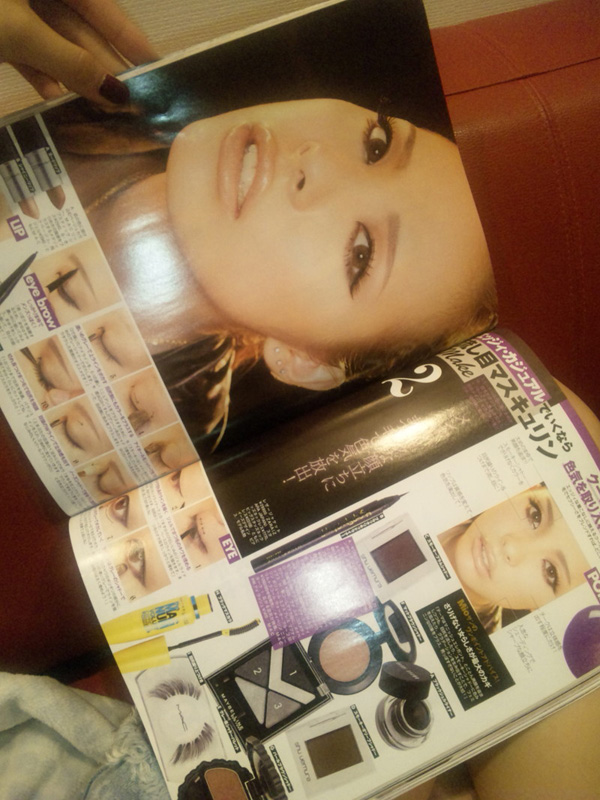 A more simple adult gal make-up shown in the pages.