Why are more and more people starting to worry about Ashida Mana? 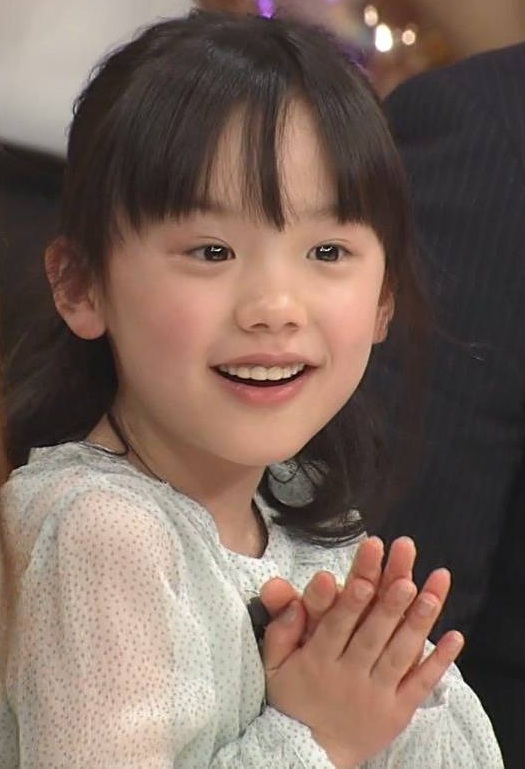 In Japan, there isn’t a day you don’t see child actress Ashida Mana (7) on TV. Whether it’s a CM, a movie, a drama, a music or a variety show, this young girl seems to be everywhere.

Many people love her and can’t get enough of her charming personality, which becomes evident when looking at the numbers. Tabloid ‘Shukan Bunshun‘ wanted to get some insider information about her from within the industry and found an official from a TV network, who explained, “Every show that Ashida appears on experiences an increase in ratings. She is one of the biggest viewer magnets at the moment and can pull up viewer ratings by 3~4% all by herself.  Everyone knows that and everyone wants to have her on their shows.”

However, there are also a lot of people who are becoming more and more worried about Ashida’s busy schedule.

Actress Adachi Yumi (30) is one of them and commented, “Is it really okay for Mana-chan to be that busy?” Adachi started out as a child actress 21 years ago herself and had her big breakthrough in 1994. She was still in junior high school around that time and already had trouble living a life between work and school, but her schedule was nothing compared to Ashida’s, and that girl just entered primary school!

Ashida’s duet with Suzuki Fuku (7) is still charting and already sold over 650,000 copies. This month she is even having her own solo debut. Further, she appeared in three different movies this year, has CM contracts with 10 major companies, appeared in NHK’s taiga drama “Gou” for two different roles, starred in her first drama and drama special, and is going to appear alongside drama legend Kimura Takuya in the upcoming drama “Nankyoku Tairiku“.  Ashida even became a regular on the show “Meringue no Kimochi” making her the youngest MC to host a weekly TV show in history.

However, no matter how many filming sessions for dramas or variety shows are on her schedule, she still has to go to school.

The TV official continued, “In spring she enrolled in a public primary school and they have been able to squeeze most of her obligations to the weekends and vacations, when she doesn’t have to go to school, but even on school days it’s almost impossible for her to attend all classes. At least once every week she has to leave early for one or two hours.”

Further he added, “Even if she gets to stay at home after school and work, she can’t really relax and has to learn the script for the filming on the next day. She already has dark circles around her eyes and often looks exhausted when arriving to sets. Ashida is on the level of a top-class actress, always accompanied by at least 4-5 people, including the 3-4 managers from her agency and her mother. However, in the dressing room she still looks more like a normal child, taking a nap or studying for school.”

Ashida has an innocent face and the talent of making all that stress look like it’s nothing to her, which makes it difficult for the viewers to notice her exhaustion as they are too charmed by her smile.

Finally, the official once again explained Ashida’s popularity stating, “She has such an enormous popularity that all networks actually rearrange their programs in order to avoid direct competition with her shows. Her agency is clearly aware of her popularity and already managed to negotiate fees ten times higher than her actual market price. All the networks are willing to pay such sums, because they know that her popularity ranges from children her age to the generation of her grandparents. None of the networks would want to fail a deal, get on bad terms with her agency, and eventually lose their viewers to another network.”

One can only hope that Ashida doesn’t lose too much of her childhood because of her work.