AKB48’s Kashiwagi Yuki chosen as the face of Kagoshima prefecture! 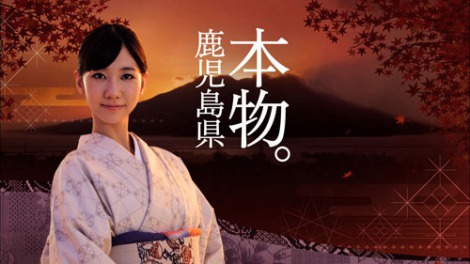 On October 28th, it was revealed that AKB48 member and Kagoshima-native Kashiwagi Yuki was chosen for the prefecture’s image CM titled, “Honmono. Kagoshima Prefecture”. In this advertisement, she will be dressed in a traditional clothing style while bringing attention to various sightseeing spots and products in Kagoshima to the viewers.

Kashiwagi, who is surrounded in a beautiful environment from this prefecture, will appear in this CM with Lidth’s Jay on her shoulders, a blue bird that is the official bird of Kagoshima. As she goes around various tourist attractions such as the beaches of Yakushima and Amami Islands, she will also be featured while eating a gourmet shabu-shabu in a beautiful porcelain bowl.

The end of this CM will close with Kashiwagi stating their slogan, “Honmono. Kagoshima Prefecture”, with a beautiful symbolic cherry blossom tree in the background.

This CM will begin airing on November 1st in areas of Kantou, Kansai, and Chubu region of Japan.