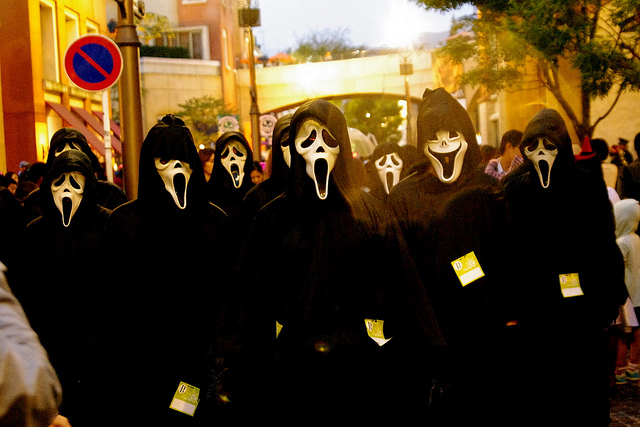 Kawasaki City officials said about 3,500 people in costumes participated in Kawasaki Halloween 2011, which included a costume contest as well as the parade. The event drew 500 participants more than last year, including both foreign and Japanese children, teenagers and adults, officials said.

I made a big Halloween post from the Kawasaki parade, street snaps from Shibuya and Harajuku and last not but not least, celebrities. It's a wide range of celebrities dressed up for this season, from AV idols to models, everyone is in the spirit for Halloween!

Happy Halloween! If you have anymore celebrities in costume, I'm willing to add them to the post!