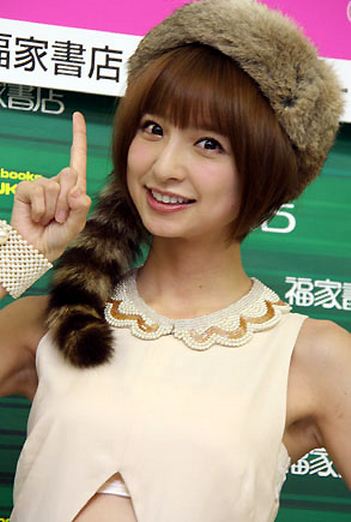 Shinoda won AKB48’s recent Janken Tournament and took the center position for their upcoming single. As a result, the single was titled in her honor: “Ue Kara Mariko (Mariko From the Top)”. Shinoda expressed, “I’m happy that my name will be included in the song. But why ‘from the top’? Does it mean I’m ‘very sadistic’? I’m often seen as a sadist, but I’m actually an ‘extreme masochist’. I really like being picked on.”

Shinoda, who’s an exclusive model for ‘MORE‘ fashion magazine, took on the challenge of being the editor-in-chief for ‘MARIKO magazine’. “I checked the pictures over 10 times, and fixed things. I give it 100 points!,” she said.

The magazine features photos which were shot in London, along with a long interview. It will also come with a 2012 double page calendar.