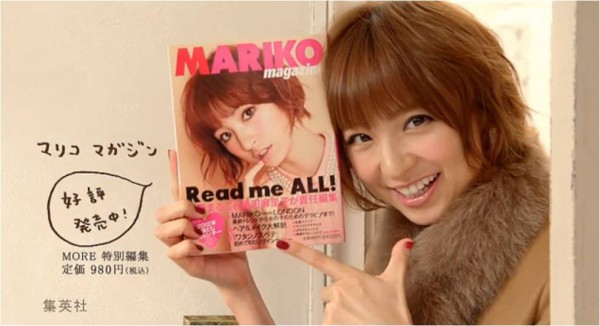 As editor-in-chief, she included articles on her favorite outfits, hairstyles, make-up looks, and hobbies. During a recent handshake event, she explained that she checked everything, from the pictures to the captions, multiple times before the release.

Her hard work seems to have paid off, as she made snagged third place in Oricon’s weekly book ranking. She was only beaten by the biography of Steve Jobs (125,076 copies) and “Nazotoki wa Dinner no Ato de” (32,743 copies).

That being said, “MARIKO magazine” also claimed three top spots in the book categoriesof  ‘Fashion’, ‘Talento Book’, and ‘Mook’. Out of those three categories, Shinoda is the first AKB48 member to top the fashion category.