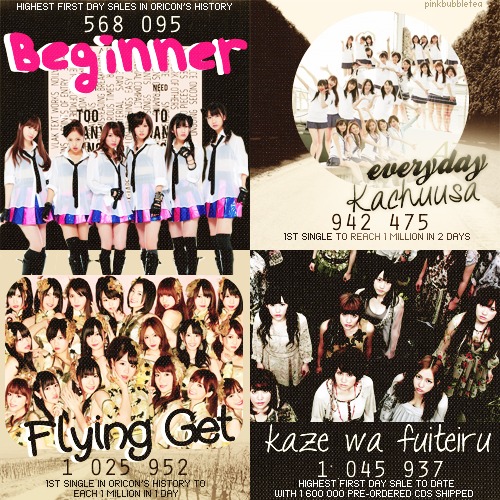 Selling 1,300,000 copies of “Kaze wa Fuiteiru” in their first week, it’s no surprise that the girls of AKB48 are also taking over the United World Chart this week as well. The United World Chart ranks the most popular tracks according to “global paid downloads, single-sales and airplay”. 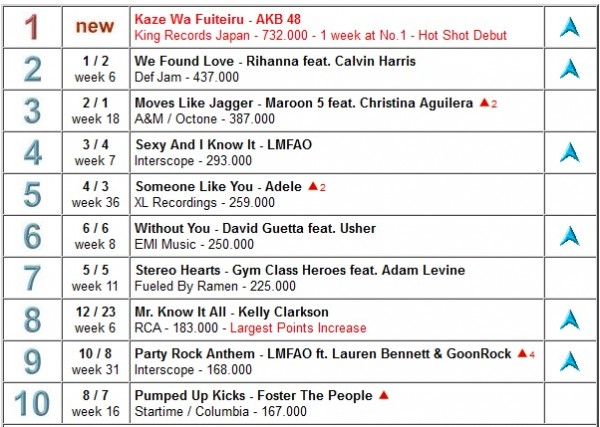 AKB48 is not only topping the charts for this week, but “Kaze wa Fuiteiru” and their other top hits, “Flying Get”, “Everyday, Kachuusha”, and “Sakura no Ki ni Narou”, also featured on the “top achievement charts” for “tracks with the most points in a week (since 1999)”. 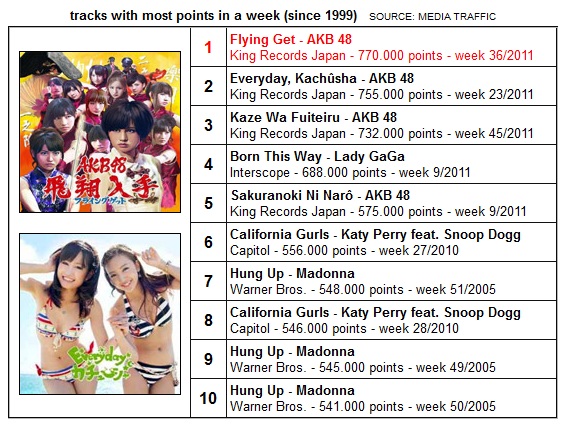