EXILE to release a new album on New Year’s Day 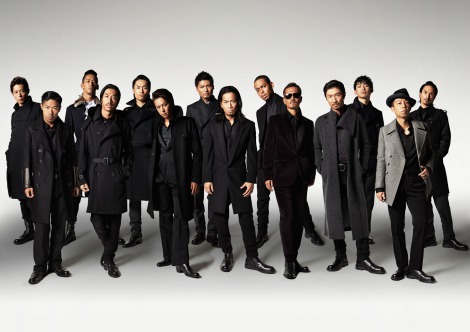 “EXILE JAPAN/Solo” will be released through 2 CDs, which contains both EXILE’s album and ATSUSHI’s first solo album. The group explained that they chose New Year’s Day as their release date because they hoped that “people who listen to this album will be able to cheer up as soon as possible.”

Production for the album began after the Tohoku earthquake, as the boys felt inspired by the motto, “We want to do our best with everybody to make Japan high-spirited soon through entertainment.” EXILE has been supporting recovery efforts actively by donating money and drinking water, visiting devastated areas and soup-runs, and by releasing a charity song called “Rising Sun“.

“EXILE JAPAN” will have total of 15 songs including “Rising Sun“, “This is my life“, “Everlasting Song” (sang by NESMITH and SHOKICHI”), and “Anata e” (sang by ATSUSHI and TAKAHIRO).  On the other hand, ATSUSHI’s “Solo” will contain 14 songs which include, “Itsuka Kitto…“, “You’re my ‘HERO’“, and “Ooo Baby.”

since the release date is Jan 1st which is on Sunday, I wonder if this means there will be 2 combined Oricon weeks this time...

helios_blue 10th-Nov-2011 05:49 am (UTC)
According to cdjapan 2 of those DVDs will contain 34 PVs with total length of 215 mins. And the 4 DVD version has stickers included.
asdfjahdlkadfkahdkahdflahdjflajdflakhdkjh

Do they usually have hong kong/taiwan/korea version of their albums too? The prices are so damn expensive for me -____-