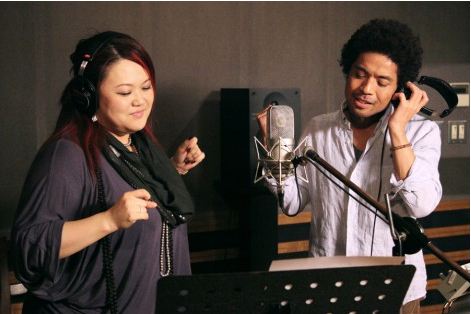 It’s been revealed that singer YURI will be making her solo debut with her cover album, “LoveRespectHarmony“, on January 11th.

YURI is known as a ‘large-scale’ new artist as she has provided background vocals in live tours and recording for many artists including Kubota Toshinobu, Dreams Come True, Tortoise Matsumoto, JUJU, and AI.

For the album, YURI will cover songs from artists she has already worked with in the past. She will collaborate with Kubota for “GODDESS ~Atarashii Megami~“, with Tortoise for “Clear!“, with JUJU for “Kiseki wo Nozomu Nara“, and with AI for “My Friend“.

After graduating high school YURI started on her professional singing career, and entered Berklee College of Music in Boston, Massachusetts. Since then, she has participated in live tours and recordings of prominent artists including Chaka Khan, Diana Ross, and LL Cool J. During those times, YURI met Kubota in New York, and started as a background vocalist for Japanese artists’ recordings and concerts.

“My long-awaited major debut! I am anxious, but I am very happy. I am full of gratitude to have so many artists collaborate with me,” said YURI, expressing her happiness.

The album will contain a total of 10 songs, which includes 9 covers and 1 original track titled “IF (english version)“. Prior to this release, “GODDESS ~Atarashii Megami~” (with Kubota Toshinobu), will be available in Chaku-Uta and Chaku-Uta Full forms starting November 16th.