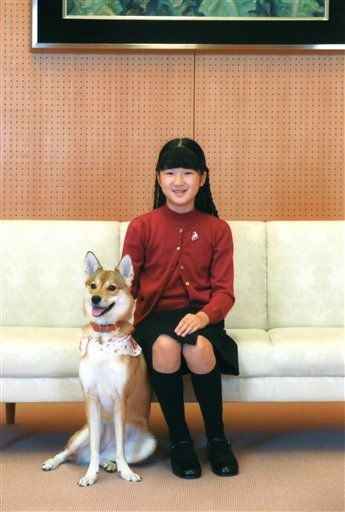 In this photo released by the Imperial Household Agency, Princess Aiko poses with her pet dog at her Togu Palace residence in Tokyo.

Princess Aiko, the only child of Crown Prince Naruhito and Crown Princess Masako, and granddaughter of Emperor Akihito and Empress Michiko, turned 10 on Thursday.

Aiko was hospitalized due to pneumonia last month, but has fully recoved, the Imperial Household Agency said.

Aiko, who is a student at Gakushuin Primary School in Tokyo, stayed away from school for a long time last year and this year after reportedly encountering rough behavior by boys in her grade. She had to be accompanied by her mother to school for about 18 months, but has been going by herself since the end of September.