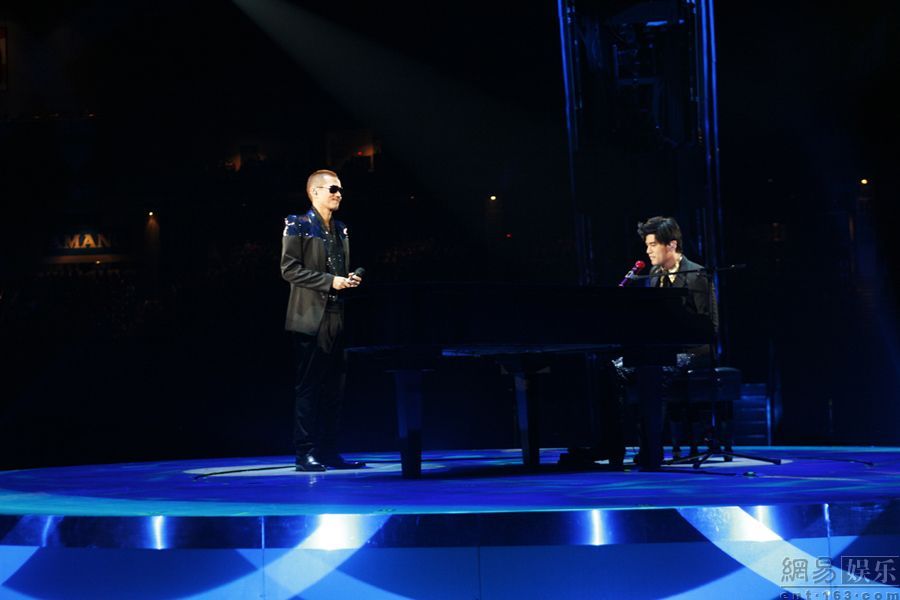 On the 9th December, Jay Chou appeared on EXILE's DOME concert as a guest star. Jay Chou performed a duet with Atsushi singing Jay Chou's <Say Goodbye> and the Japanese version <Say Goodbye~Real Valentine>. During the entire performance, Jay Chou demonstrated his piano skills with Atsushi singing in Japanese while Jay Chou singing in Mandarin, both of them have broken the language barrier, performing this duet with 2 languages. Their duet brought about huge applause from the 50,000 fans at Tokyo Dome.

Atsushi said "I knew Jay Chou 2 years ago and liked his songs. Being able to remake his song and performing a duet with him, this is a dream come true for me, I'm really very happy. I'll continue to strive to let more Chinese fans listen to my music, please look forward to it."

First time attending EXILE concert, Jay Chou expressed "This is a very electrifying concert, just now on the stage I was really nervous. Because I had to remember the chords for the new version of the song and had to think what Japanese greeting should I use at the end of the duet. I'm really happy to be able to sing this duet with Atsushi and hope Japanese fans can look forward to this song."

Atsushi also announced this song will be in his upcoming chinese solo album which is to be released on 1st Jan 2012.
The album will also contain duets with Na Ying, David Tao, Miriam Yeung and also his remake version of Wang Fei classic hit <I'm Willing>.

The last stage of <EXILE LIVE TOUR 2011 TOWER OF WISH> at Hokkaido on 25th December 2011, will be screened in Cinemas at Hong Kong, Taiwan, S.Korea and Singapore for overseas fans to enjoy.

Chinese Source
Translation: Me
I tried my best in translating the article. :X If you understand Mandarin, you can read the main article at the source :D
Anw yea, its going to be screened at Singapore~~