THE BAWDIES to sing for Mukai Osamu’s upcoming drama 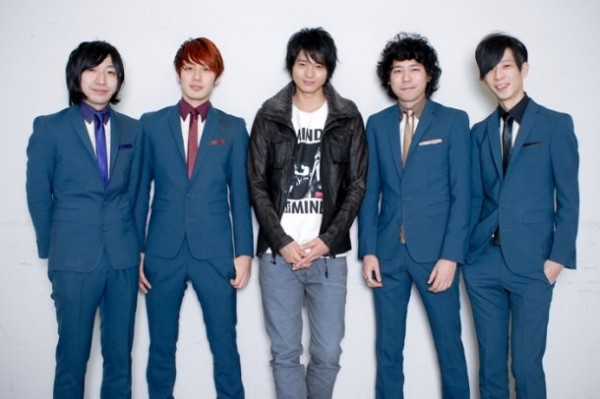 It’s been revealed that rock band THE BAWDIES will be providing the theme song for Mukai Osamu’s upcoming drama, “Hungry!“.

“Hungry!” is already attracting the attention of many people as it features a gorgeous cast of actors including Mukai, Takimoto Miori, Kuninaka Ryoko, Tsukamoto Takashi, Miura Shohei, Kawabata Kaname (CHEMISTRY), and Inagaki Goro (SMAP). The theme song is currently untitled, however, it’s been revealed that it will be released as a single on February 8th.

After hearing the song, Mukai commented, “It’s simple, but it doesn’t have any unnecessary things. I think it’s a cool, THE BAWDIES-like song. Because it’s simple, there’s no deception. The refined voice and sounds make it cool, but there’s a slight nostalgic rock feeling. I think they’ve created a wonderful song.”

Meanwhile, THE BAWDIES member ROY (Vo, B) expressed, “Rock-n-roll is something you sing, dance, and enjoy with everybody. I also think it’s the best dance music to move forward with everyone. We are happy that our rock-n-roll will reach and deliver power to many people.”

“Hungry” will air on Fuji TV every Tuesday at 10:00 pm starting January 10th.