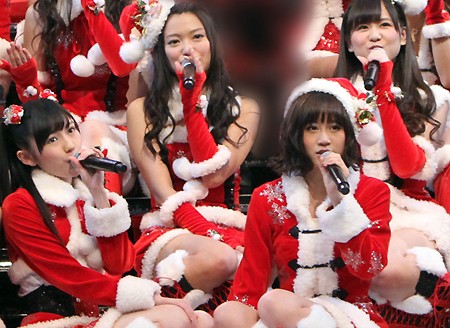 The members will dress up in Santa outfits for the special occasion, and sing Christmas carols like “We Wish You a Merry Christmas” with SMAP. Both groups will take the stage for a total of six songs, including AKB48’s ultra-popular hit, “Kaze wa Fuiteiru“.

SMAP X SMAP has also invited other guests to participate in the special, such as Abe Sadawo and YOU for “Bistro SMAP”, and Nakai Masahiro (who’ll deliver a parody of Shoujo Jidai as “Showa Jidai”). Additionally, viewers will finally get to learn the results for Gory Pamyu Pamyu’s challenge on the ‘SMAVEX DANCE Contest’.