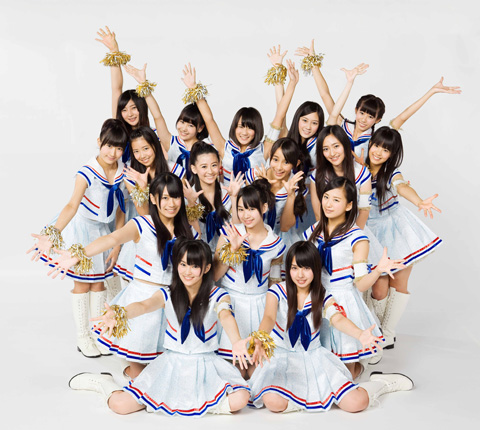 AKB48’s sister unit NMB48 has revealed the title for their new single!

Their 3rd single will be called “Junjou U-19“, and is slated for release on February 8th. The single will be available in four different versions: Type A, Type B, Type C, and Theater Edition.

Furthermore, NMB48 will be holding a special New Year’s concert from January 1st to the 3rd. NMB48 Theater Ticket Center is currently accepting lottery applications for the three performances.

maclou 18th-Dec-2011 08:41 pm (UTC)
I'm sad Yuupi isn't in senbatsu :( Oh well only a matter of time before there's another scandal or something and she gets back in lol