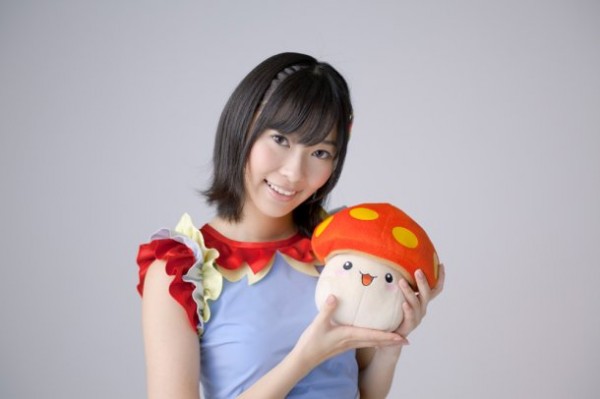 AKB48 member Sashihara Rino has been chosen as the image character for the PC online game, “Maple Story“. She will be starring in its new CM starting on December 23rd.

“Maple Story” is a popular online MMORPG game for the PC developed by the Korean company Wizet where players travel to islands and villages to fight monsters. It’s available in 60 countries worldwide, and has over 100 million subscribers.

This will be Sashihara’s first solo appearance in a CM. The first CM, titled “A Notice to Sashihara-san”, starts when Sashihara is relaxing in the dressing room. Her manager suddenly gives her a notice to star in a CM, and is taken by surprise.